Do me a favour and go compliment staff in the discord that I didn’t get mod. I definitely deserved it, as I am a good influence on others. Definitely have not ever encouraged shenanigans of any sort. 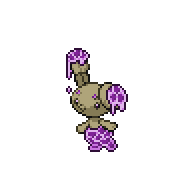 δBuneary is a Fire/Ground type known as the Obsidian Pokemon. It lives near underground magma pools, spending its days mostly sleeping. When a volcanic event occurs, hordes of it can be seen emerging from the ground and exploring. Its abilities are Magma Armour and Rock Head, with a Hidden Ability of Magic Guard. Then at Max Happiness in some volcanic location, it evolves into… 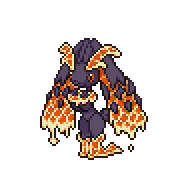 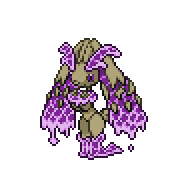 δLopunny, also Fire/Ground and the Obsidian Pokemon. When a δBuneary reaches a new volcano, it finds a partner and evolves into δLopunny. It then leaves behind the next generation of δBuneary. Its abilities are the same as δBuneary, being Magma Armour, Rock Head, and an HA of Magic Guard. 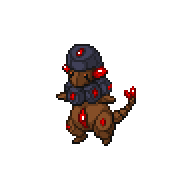 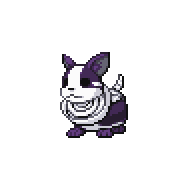 From Delta Dump 3, it’s the middle evolution to δMareep and δAmpharos, δFlaaffy. At the time I didn’t give them abilities, so uh… Sturdy with an HA of Solid Rock.
Then, Ghost type δYamper, with δBoltund being first seen in my Gen 7 & 8 Delta Dump. Also the Bandage Pokemon, it’s got the same abilities Shadow Tag and an HA of Cursed Body. δYamper is almost a larval stage. It’s the cause of phantom barks and such, tormenting its victims with dog whines only they can hear. 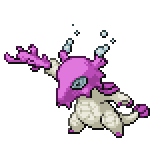 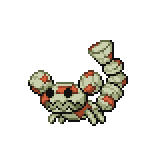 Evolving from δCubone that was first seen in my δAggron Line, it’s δMarowak. Water type, it and its pre-evolution share their classification with Corsola, that being the Coral Pokemon. Its ability is Shell Armour, and its HA is Natural Cure. It, like its pre-evolution, spends its time on the seafloor, occasionally resurfacing to fill its helmet with air.
Then there’s δSkorupi, evolving into the δDrapion first seen in my δClawitzer Line. A ground type, it and its evolution are known as the Ruins Pokemon. Its ability is Sand Veil and a Hidden Ability of Magnet Pull. δSkorupi and δDrapion can be found in ancient ruins, where they patrol the corridors. They also happen to have an odd sense for natural iron deposits. 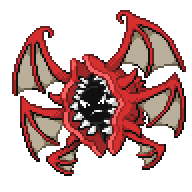 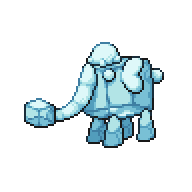 And then the last two. An evolution from Delta Dump 4’s δShellder, it’s δCloyster. Now with 3x as many wings! A dragon type, it’s known as the Chomp Pokemon. Its auxiliary teeth aren’t actually attached to the shell itself, but attached to the body inside, cuz let’s be real, if they were attached to the shell then they probably wouldn’t function due to its irregular shape. Its abilities are Shell Armour and Rough Skin, and an HA of Contrary.
Then finally δCufant. Another pre-evolution from my Gen 7 & 8 Delta Dump. In this case, the Ice type δCopperajah. Same classification and abiities. Ice Cube Pokemon, Ice Body, Clear Body, HA of Heatproof. Fun fact: In the draft for it, I gave it very silly skinny icicle legs. Obviously that didn’t work out, but there’s your little reward for reading all this.

And that’s all for now. Don’t forget to leave a like, drop a comment, call your grandmother (she hasn’t talked to you in forever), send creepy and weird love letters to Deuk, all that good stuff. Boro Out!

LOL with all that lore and also it being remakes, I know exactly who made this one. Good stuff my dude.