I’m going to be doing radical red on my Gameboy advanced for a well-known twist! A randomizer nuzlocke on one the most hardest yet up-to-date rom hacks there is. It has 8th generation pokemon + any new moves, new forms and raid dens. A lot of pokemon i battle might have max EVs, plus you can’t use items in any battle and you cant get a free switch after you faint a pokemon.

This will be your regular Random nuzlocke.

To start off my adventure i choose my name 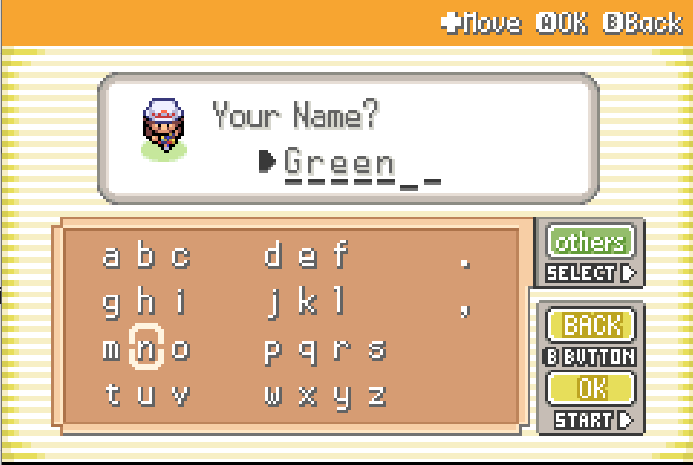 (btw any other updates will be mentioned in description up top.)

My nickname is homage to green from the pokemon manga. (in the back obvs.)

Even though the Pokémon adventures manga was dark and had death. It still had humor and the dark parts to the story added to the uniqueness of it. 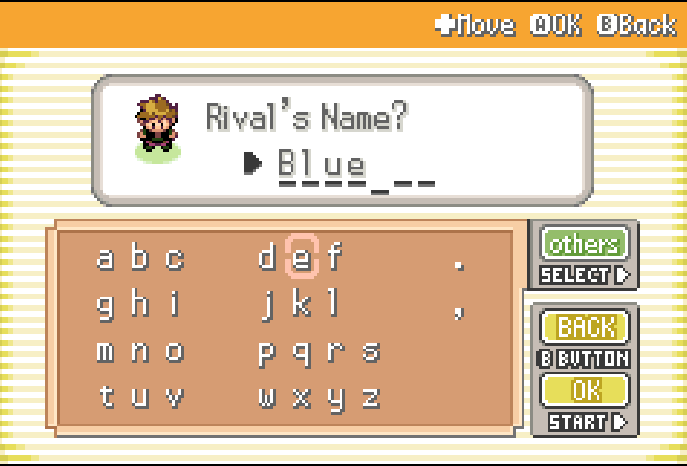 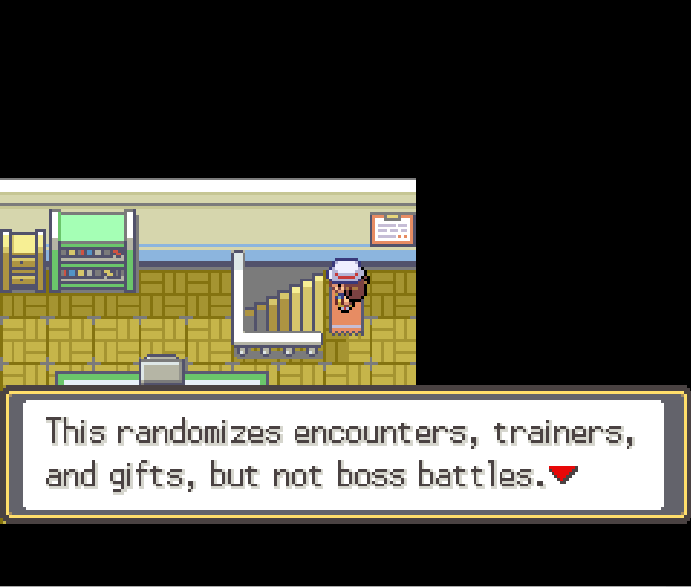 I decide not to change options to randomized abilities and move pools. Because i could NOT handle the craziness.

I choose this Pokémon because my 7 year-old cousin said “Choose the evil horsie!!!”.I had asked her who to choose between Alolan dugtrio and Spectrier. 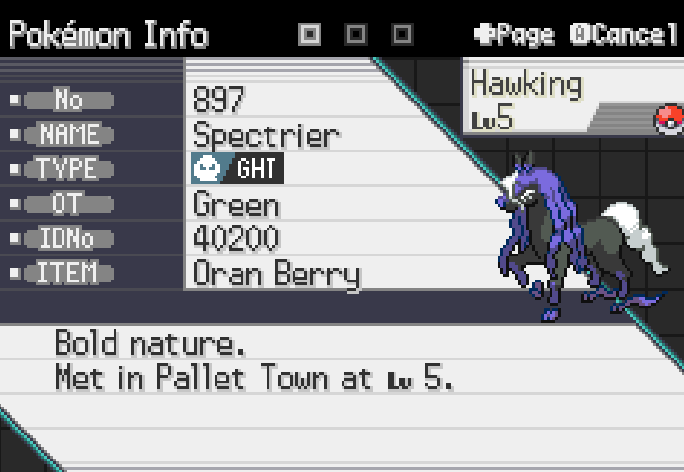 The name was given to by @one_above_all i had not told him the pokemon yet just asked for a name. I like it.

I choose not to include this battle until we get pokeballs to count deaths.

It turns out dugtrio only know the moves growl, tri-attack and metal claw. Tri-attack doesn’t affect me and it spams growl so i MIGHT win. 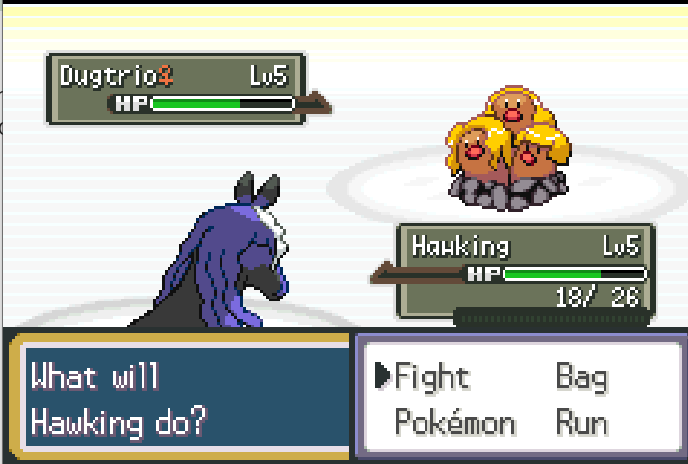 I also have an oran berry so 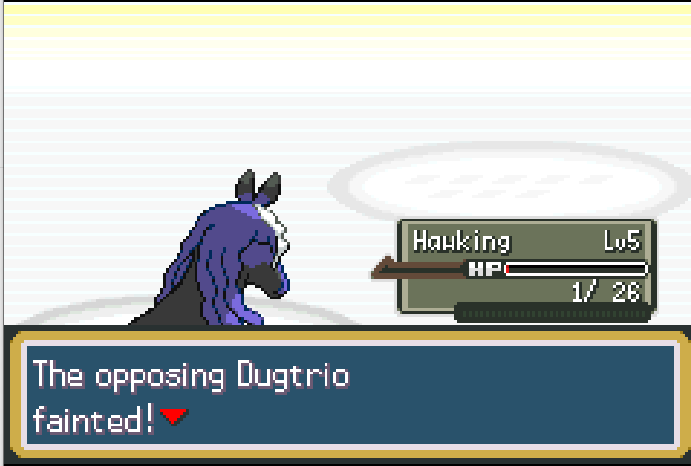 He could have killed me but in the end choose growl ;-;.

I was faster but his ability tangling hair lowered my speed

After getting a quick heal from mom

While going through the route i found a roserade, Greninja and beautifly. Hoping it is greninja with battle bond…

After receiving Oran berries and the dexnav i travel to route 1 to get the 1st encounter.

I go for the greninja using the dexnav.

I am really lucky and catch greninja using all my pokeballs in the process. 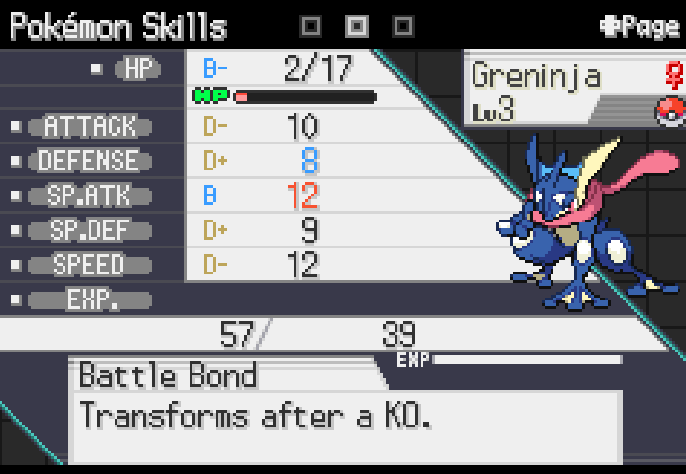 I forgot to name it Peter after @PeterHolmes74.

Will use the name changer in lavender town if i get the chance.

tbh this is the only time i will be able to do the dexnav like this because i had already run thru the grass to get this.

I count fishing encounters as seperate encounters so i level up Hawking for this. 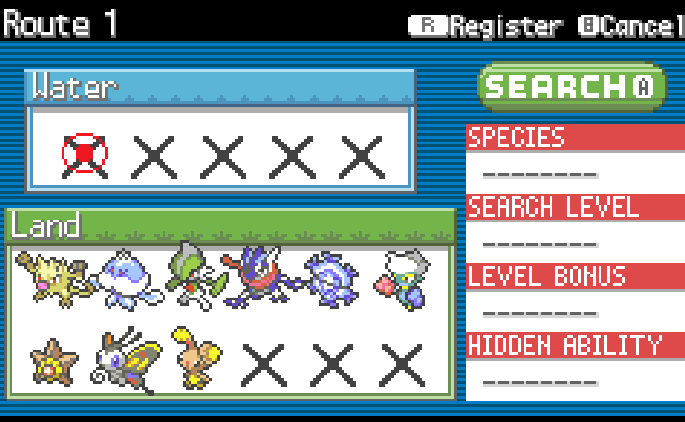