My Team vs Elite Four?

Newbie player here, I had massive problems when facing the elite four and I’ve already been destroyed multiple times. I thought I could just brute force my way through but could only defeat three of the four. So I’ve started changing my team up and was wondering if you could give me advice. Also, I’ve been very busy trying to obtain as many IV stones as I possibly can and got all six of my (current team) pokemon at max IVs in certain stats and I’ve overleveled with my strongest at level 92, so yeah… 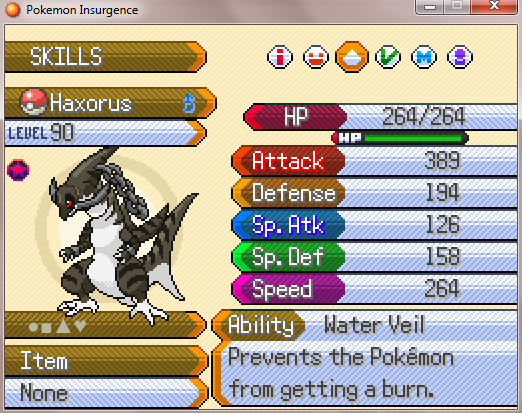 I am still leveling some of the pokemon and will get them all to level 90. As for flygon, I am still unsure whether or not to leave him (he’s male) or change him with another, same goes for excadrill. Their items are also not yet final and may change. Thank you in advance.

So it looks pretty solid, and from your team it seems like you might struggle with yuki because you have is low sweep for super effective hits which aren’t reliable. Delta Typhlosion SWEEPS. I’ll link the guide I made.

My guide for the E4/Pokémon meta discussion hub Guides

Without the right prep, Kayla is a BEAST. But taunt will shut her down HARD. If you don’t set up taunt, you can get rid of her stat changes with clear smog. Her Sylveon and Scizor are annoying but they go down quickly with the right strategy. A good fire type like D. Chandelure takes care of Scizor easily, and any good Steel or Poison type shoots sylveon easily. Any dark type WALLS espeon, and Gengar walls Mega Slowbro. For Blaziken, Water types wall it easily. For Eduard, use taunt on his fir…

working with your current team, drop Mega from D Scizor as the mega is actually worse. instead, run modest mega flygon. I’ll give more advice when I’m on pc

Unless u have a hail team, then it is worth using

Well, D. Scizor is too slow to be worth using unless scarfed. Scarf D. Scizor or even Banded is better. Mega might be usable if he passes with Ninjask. Speaking of which, give it Leftovers, or replace it. If you replace it, get something that resists Ghost and Dark, as Mew and Gengar are both weak to those types. I would recommend a Dark Type such as D. Lucario, A-Ttar, or D. Emolga, or if you can get it, D. Volcarona, though if you use it, you should replace Gengar.

D. Scizor should be Jolly, in order to not get outsped and destroyed, with Drain Punch/Close Combat, Icicle Crash, Ice Shard/Knock Off, U-Turn. It acts primarily as a revenge killer, finishing weakened opponents. Spread is 252 Atk, 4 Def, 252 Spe.

Fly is OK on Mew for traveling, but before you enter the E4, replace it. IDK what set to give it, as it’s -Def, +SpA, so maybe Psychic, Ice Beam, Volt Switch, T-Wave? or Nasty Plot and T-Bolt for the last 2 moves.

D. Haxorus is fine with Aqua Tail since you don’t have Jet, I would recommend Leftovers, Shell Bell, or LO for the item. Run Iron Head over Ice Fang, since you don’t have Strong Jaw, and the steel coverage is helpful vs Yuki. You may want to run a bulkier spread, though I would get a second opinion from @PeterHolmes74.

Ninjask: I prefer using Focus Sash in order to guarantee the placement of a swords dance, but then you loose your sash, so I think leftovers os a good idea.

Gengar: use a Life Orb variant using Taunt to shut down Kyla. If her Blaziken is bugging you, then Specs or tauntless Life Orb is still nice. Even a Substitute variant with Black Sludge wouldn’t be a bad idea.

Delta Scizor: On this one, I suggest you use Choice Scarf variant or a Choice Scarf Delta Gardevoir. Actually, Scarf D.Scizor is actually good against the champion.

Delta Haxorus: The moves are nice, I only suggest you run Bullet Punch or Iron Head instead of Ice Fang for the reasons Ezlaturbo said.

Mew: Honestly, I don’t find it useful against the Elite 4. You already have Ninjask for baton pass and I think there are a whole to of stronger Pokémon out there.

Can enable you to 6-0 Eduard and Kyla by itself. It can also be quite dangerous against the champion, but since he uses a lot of Dragons, it won’t be as effective.

@Emerald24111 @ezlaturbo @PeterHolmes74
Thank you so much, finally got beaten the e4 and champion on the first try. Thank you very much.

Great team. Mine was all deltas lol

Congrats, and sure, anytime. Teambuilding is fun.