Hi guys, girls and everything in-between! I tackled the OU in the previous article, but just a little bit and I heven’t mention the mess that is the tiering system. Open your books folks, school is on.

What are the tiers?

Tiers are a way to classsify Pokémon based on their strengh and usage. The key here is usage.

How does this mess works?

They follow a certain hierarchy. Think of it as a pyramid: 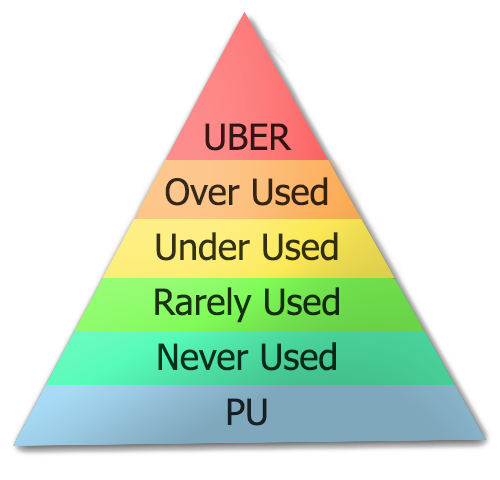 If you ever wonder, yes, the Insurgence simulator got it wrong. PU does not stands for Pooly Used. It does not mean anything.

By default, every new Pokémon are sent to OU. If they manage to be used pass the 3,41% of usage (or 4,52% in Sword and Shield), they are considered OU. If the player base decide it is too strong for OU, the Pokémon is sent to Ubers. In the case the Pokémon is not played enough, it drops to UU. And it starts over again. The Pokémon is either sent tu UUBL (more en that later) or drops to RU. Then it goes on and on. If a Pokémon is too weak for PU, it is shamed with the biggest dishonour for a fully evolved Pokémon and is classified as Untiered, meaning it is strictly discouraged to be used in any tiers if your goal is winning. Pokémon like Luxray, Pachirisu or Dunsparse find their home there.

There is also there other separated case: LC, AG and NFE.

LC is the Little Cup. Independent from the other tiers, I could say it has its own Pyramid because the LC has its own LC Uber and LC UU. To be classed LC, the Pokémon must not be an evolution and have at least one. This mean it is a tier where common faces are Onix, Pawinard and Corphish. Games are played at level 5, so EV spreads are radically different from the other formats.

AG is for Anything Goes. In this tier, there are no restrictions. You can do whatever is possible on your cartridge. A team of 6 Arceus? No problem! Full Baton Pass chain? Sure! This tier was created after the release of Omega Rubis and Alpha Saphire because of Mega Rayquaza. Mega Rayquaza is the embodiment of having no counters. Along with Zacian, RBY Mewtwo and DPP Kyogre, it was the most absurdly BROKEN thing in Uber. However, unlike the other, Mega Rayquaza managed to be the first ever Pokémon banned from the Uber! Being banned from a banlist is no joke. At this point, Smogon decided to make a tier where player could do mostly anything. And the AG was born!

NFE stands for Not Fully Evolved. It is just a mention for those not fully evolved Pokémon that technically cannot be classified as Untiered.

The tiers, while roughly representing the list of viable Pokémon, are not entirely good at reflecting proportionally how good they are. In some case, Pokémon are more used due to player preference or are simply underrated or not used enough. An example in my mind is Reuniclus in Ultra Sun and Ultra Moon.
There, Reuniclus was dangerous. In fact, even if considered too strong for RU, it wasn’t used in UU and was better in OU. However, due to it requiring more support than other Calm Mind sweeper, it was used just barely enough to not be OU. Sure, Reunicluss was less immediately threatening as Tapu Lele and Mega Alakazam, plus had fearsome competition in Magearna and Clefable, but have uncial attributes that makes it a potent threat.

How is a Pokémon banned?

There is two ways to ban a Pokémon: Suspect test and Quick ban.

Suspect test is the most frequent. Highly ranked players are invited to reach a certain level of win-loss ration in a certain amount of time. After that, the players who reached the ratio can vote between keeping the Pokémon in the tier or ban it. Suspect also works the other way. The council can do a suspect test to see if a Uber could works in OU, an UUBL (BL tiers are the next things I am talking about, calm down) inside UU, etc.Then the player base decide if it should stay or go back home.

As for the joke, two OU suspect test are very funny in my opinion. The first one is Shaymin-Sky in Black and White. It is the only suspect test yet where 100% players voted for its ban. Even things like B&W Darkrai never had 100% votes for its ban! The other one is Hoopa-U in ORAS. Redemption, a french player forgot to vote and by the time he remembered, the vote was over. It ended up in a perfect 50/50, so the council decided to ban Hoopa-U. Redemption was about to vote against its ban. He, sadly, could have changed how we play ORAS OU to this day.

Quick Ban does not require the player base to decide, they are direct intervention from the tier’s council. Because yeah, at least 6 players are assigned at keeping the OU balanced each generation. Lower tiers sometimes have fewer player assigned but you get the picture. The quickest ban record is held by USUM Marshadow, who stayed only 24 hours in OU before becoming a new Top Tier in Ubers.

Can a Pokémon not be used enough for OU but be too strong for UU?

Yes, this is what the UUBL is. BL tiers, for either Border Line or Ban List, aren’t a playable tier. They are a way to classify Pokémon too strong for a lower tier, but not used enough for the tier above. Good example of UUBL include USUM Mega Gardevoir who is way to strong for the UU of the same generation but is totally outclassed by other psychic types Pokémon like Mega Alakazam and Tapu Lele.

Is there other tier than the classic ones? I’m kinda bored.

Heh, would I be talking about that if it wasn’t the case? There are other independent metagame such as the very fun Monotype, the 1v1, Double OU where is is OU… But in doubles and with different banlist! If the Pokédex and mechanics cuts from Sword and Shield is to much for you but you still like generation 8, why not try the National Dex OU! It is basically Generation 8, but with Mega Evolution, Z Moves, Hidden Power and Pursuit back! Old top tier like Ash-Greninja and Mega Alakasam meets Dracovish, Corviknight and friends! For the ballsiest of you, there is also the National Dex AG, where your Mega Rayquaza is facing Dynamaxed Zygard-Complete.

And for those who wants to trow the rules out the windows, allow me to introduce you the the OM, or Other Metagames.

These things are what could be called organized chaos. It uses the fact that Showdown! is a simulator to change the physics of Pokémon. You wan them to have new abilities? Good, go play a game of Almost Any Abilities! New movepool? Try out STABmon. New types, why not Camomons, where the type is based on the type of your first two attacks! Triple types? That exists in Hidden Type where your Hidden Power become a third type. Inheritance where it is basically Pokémon fusions! Pure Hackmon where you can play ANYTHING like Pure Power Mega Mewtwo X! Mix And Mega where you can Mega Evolve nearly any Pokémon!

There is a metagame for all your craziest wish. Plus, you can even summit your own to smogon!

What are the basic OU rules?

I told them in the previous article. But just for you, let me tackle the one more time.

Unless specified, games are played in Single. Reminder: 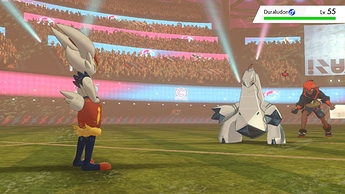 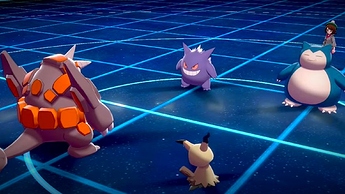 Right now, that’s all I got. New time, we get into the GOOD stuff: Teambuild. I’ll show you team archetypes and tricks when building into the desired archetypes.

New time, we get into the GOOD stuff: Teambuild.

Team building! Woohoo
And again, thanks for writing this article!!

I thought that mega ray could easily be countered by ice? also my friend said that mega scizor could destroy rayquaza with focus band counter, would that work?

Delta stream nullifiys flying weakness, so ray is 2x weak to ice. Also, those sets are pretty gimmicky and can easily be bypassed by SR, or any chip for that matter

Also focus band is straight up garbage, only having a 10% chance to survive a hit. Pretty sure you meant focus sash

oh i meant focus sash got mixed up sorry

I thought that mega ray could easily be countered by ice?

With 115 base speed, it limits the ice types that could come in it. Plus, it’s ability Delta Wibd create a major weather (like Primordial Sea and Desolate Land) that cannot ne removed by Drizzle and stuff and cancel it’s flying weakness without cancelling its resistance. So it has a single Ice weakness. If you say Ice Shard, I say Extreme Speed.

mega scizor could destroy rayquaza with focus band counter, would that work?

So you propose a Pokémon holding both its items and a 10% chance to be useful? Cool! If you meant Focus Sash, then say hello to Stealth Rock! The most used attack in the game! It does damage upon entering so goodbye Focus Sash! And, oh no! It used Flamethrower! Your counter did not work and you got OHKO!

Keep in mind it has one of the best offensive movepool in the game.

And guess what? It only need Dragon Ascent to mega evolve! No need for a mega stone!

It can be played:

And now, find me something that can check all of this at once.

I think you mean usum for english as solar and lunar are the ones used in other countries. also it’s camomons not sketchmons. other prominent oms are balanced hackmons, metronome, cap, inverse. don’t forget mods like crossover, shared power, linked etc. also, two words. trick room. also, in doubles, trick or treat ice shard, choice band froslass, etc. i personally find it’s damage output disappointing whenever i use it compared to toxapex tho.

Yeah, but then you face it’s teammates. Primal Groundon and Marshadow won’t be sad to see a victim like that.

It almost makes me want to analyze it…

A bit harsh, they just proposed an idea (even if it wouldn’t work)

You haven’t seen broken yet. Check out this link, I made 3 mons specifically for AG. @JojoBoss247 and @GiaPeNiw cannot compare to me when I let loose.
Someone else:

"I'm the Grim Reaper." "Just trying to meet expectations! A smiling... dependable... cool hero... That's what I wanna be! That's why I'm giving it everything! For everyone! Your experiences... your determination... I can't even begin to imagine...

"I'm the Grim Reaper." "Just trying to meet expectations! A smiling... dependable... cool hero... That's what I wanna be! That's why I'm giving it everything! For everyone! Your experiences... your determination... I can't even begin to imagine...

You haven’t seen broken yet. Check out this link, I made 3 mons specifically for AG. @JojoBoss247 and @GiaPeNiw cannot compare to me when I let loose.

Did you see my Mega Man’s Mega? It’s basically Ash Greninja+Mega Evolution, and the M’Egga Man’s Bubble Trap and Bumper are the worst thing ever to fight against. Hazard Stack with these guys… Don’t forget Genesect 2.0(Sonic Man), which speed ties with Ninjask and only loses to Deoxys Speed, and gets 145 base in each attacking stats, and has Ice Beam, Tbolt, Flamethrower, Steel U-turn, U-turn, Knock Off, Shift Gear, Zing Zap, and the good Electric Steel Typing, and an ability that does this: