What would your team be as a gym leader?

Yeah I know a bunch of people have already done this, but people might be new and don’t want to necro, or their opinions on a team might have changed.

So I wanna go a bit in-depth.

I, being me, love Unova. So after I go on a journey of my own through Unova and become champion, I would do some renovations to the Unova Region. First, I would declare that the league would rotate places depending on the players badges. And like the anime, you can get badges from any of the Unova leaders. You do not have to go around them in order and get them. After that, I would declare Cilan, Sawyer, Gladion, and Clemont as the Elite 4. Then, finally, the player comes to me, Fiber, the champion. My team would be…

Most of these are from Pokémon Solar Light & Lunar Dark. My hall will be like the Gen 6 ones. When you enter, a cutscene will start and in that cutscene, Snow will fall and when it stops, an ice path in the middle will show. And then, I will slide down from my seat to the middle of the ice path. Wdyt?

He said gym leader but I guess that works too. I just did my team for a gym battle. Since I have a day off tomorrow I’ll go in depth later about my actual team.

Its a Dark and Ghost type Gym

After winning you will obtain the Spooky badge, TR 68 Nasty Plot and TM 77 Hex

Nothing super in-depth like FireFiber’s, but I have some ideas. I’d be a Steel Gym Leader. I know I originally said I’d be Ground, but I’m changing that. Not saying whether they’d be Shiny or not.

Lord Aren, King of Hell, Conqueror of Worlds
Satan (shedinja) @ Shedinjite
Ability: TRIGGERED (Will not be attacked by the following: Spikes, Toxic Spikes, Stealth Rock, or anything similar. Also won’t be attacked by Sandstorm, Hail, or anything similar. Finally it won’t be able to be hit by any status condition. Also works like Sturdy. Will not be affected by Mold Breaker or anything similar)
-Kill (OHKO move w/ 50% accuracy)
Sinner (G-Max Tyranitar)
Sanstorm (Attacks all pokemon that aren’t on your team doing 1/4 of their current health (if they die from sanstorm it will say “[Insert-Pokemon-Name] just got dunked on!”)
-Eiha (40BP -% accuracy)(Does 1/16 damage for 6-10 rounds[Stackable])
-Bad Pun (Erases any stat changes and after lowers all stats by 6)

OH NO! heh i have a secret

good for you but i have a zekrom because wynaut lol

this is someone who likes breaking mold 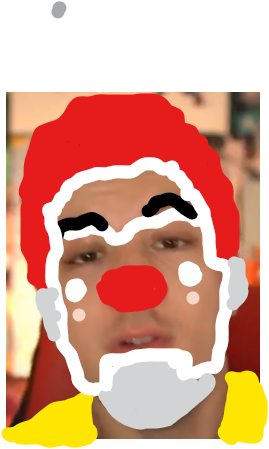 no it’s his brother ronald mcdonald

HEHE yea… If i was able to add atleast one legendary i would replace chesnaught with urshifu : )

He have some… “suspect” parental roots as he is the son of Silver. Zeedy has red hair and blue eyes. Its attitude is a curious and confident one, analyzing its environnement and opponent at all time.

Its ace Pokémon is a Delta Gardevoir created by Team Echo, scientific association trying to create Pokémon stronger than legendary based on the seven deadly sins.

Zeedy’s Delta Gardevoir is a failed prototype, but still essential on the progress of the others Delta. Turns out the Delta Gardevoir does not really represent Lust but is generally just aggressive and possessive toward her trainer. Let’s say its journey wasn’t that pretty when you consider Team Echo was working with Rainbow Rocket at that time. Nonetheless, gym leader now.