I found while trying to get all the pokedex pokemon that there were blank pokedex slotes, (724 to 726) and there is a mysterious pokemor called Genedyr. can someone explain to me what is happening. 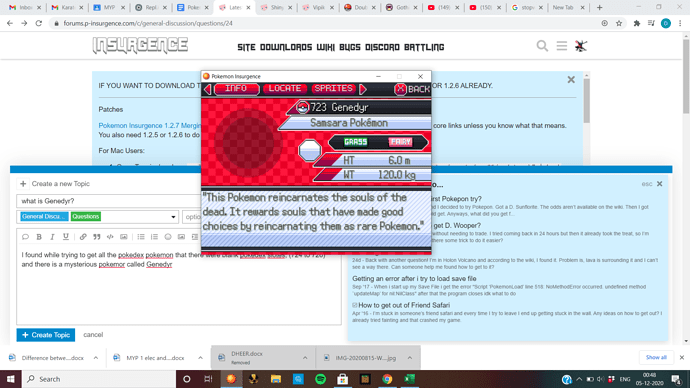 the blank dex spots were in case game freak added more mons to gen six after #723, but idk who genedyr is. all i know is that thats not that name of any poke in the game rn

The 4 blank spots beetween Missing No and Delta Bulbasaur were originally gonna be fakemon iirc, but then they were scrapped

This fakemon doesn’t exist in the game, ig its dex entry just still exists inside there for some reason.

oh yeah gias right, they were supposed to by legendary fakemons

I really wish I could implement my custom Delta Gardevoir line in that case ;-;

As for the Samsara Pokemon and its ability to revive the dead… anyone else getting Naruto vibes? Or am I the only nerd here?

sorry but i do not watch naruto. but can you make some fan art of this pokemon. plzzz

I could try. But I am working on a fangame, plus school, plus other requests here, so it may take a bit.
Anyway, I was referring to the Rinnegan, AKA the Samsara Eye. It has the power to revive the dead, among other things. If someone is interested I’ll edit this with a link about it.

genedyr reminds me of xerneas since xerneas is a tree deer thing with power over life.

Probably in Samsara Cave. Makes the most sense. Also, I think it’s more of a reincarnation Pokemon. By the way, here are some screenshots I found: 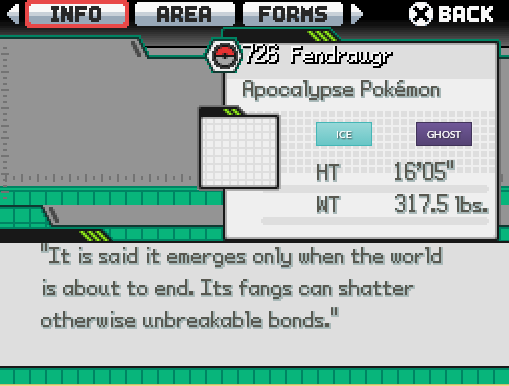 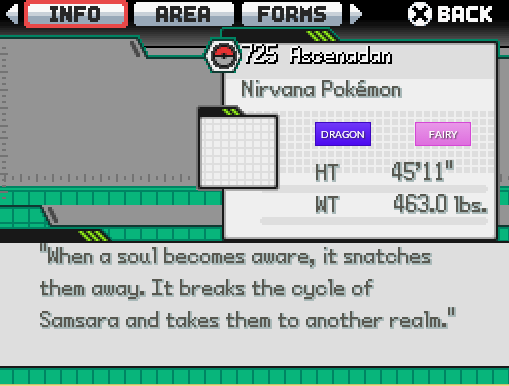 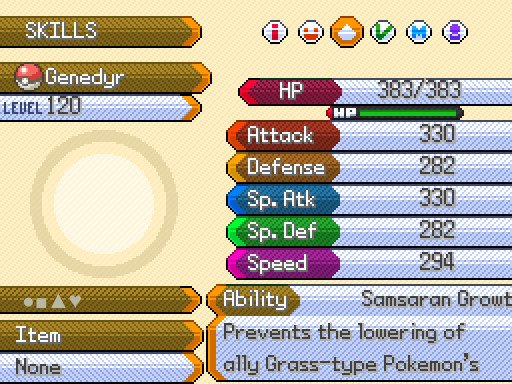 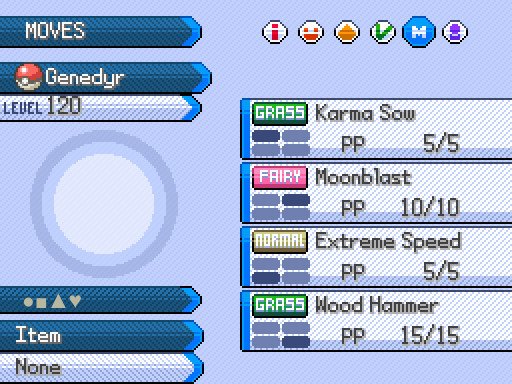 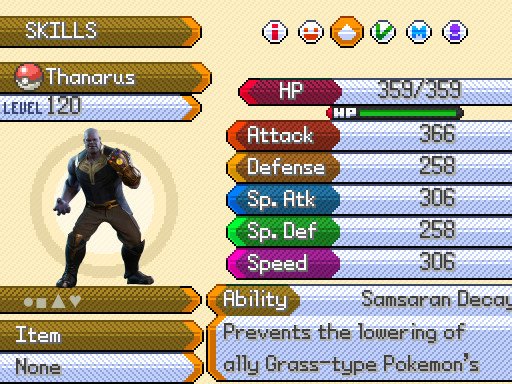 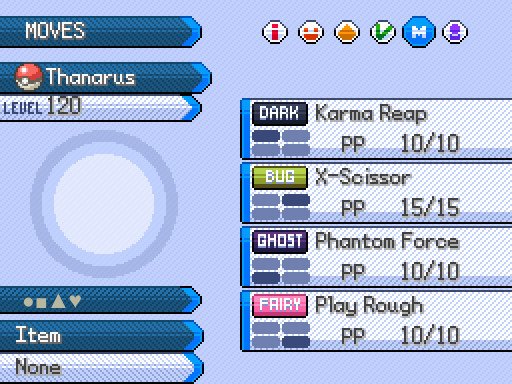 Don’t ask about the Thanos please. It wasn’t me.