Also does having one of them from trade make you unable to catch them later even though I haven’t caught it myself?

Also does having one of them from trade makeyou unable to catch them later even though I haven’t caught it myself?

It does yes. If they’re registered in your pokedex as caught, you won’t encounter them anymore.

Okay, thanks so there’s no way to hunt them with the shiny charm, it has to be full odds?

It does have to be full odds hunt. It’s definitely possible though. My best advice is to pick a legendary beast of your choice, find a wild area where the nature you want on them goes well with the other pokemon in the area (in case one is shiny, which is more than likely to say the least), then hunt with pokemon of certain abilities in your party. If you didn’t know, legendary beasts have a base interaction rate of 1/60 in the wild, but with pokemon of certain abilities in your party you can boost the odds of encountering them up to 1/10. For suicune, water absorb and storm drain. For raikou, volt absorb and lightning rod. For entei, flash fire and blaze boost. Blaze Boost is Delta Emolga’s hidden ability for reference. The rest are easy enough to find. You should only try to hunt one beast at a time just due to the restrictions that those abilites would put on your party space, especially considering that you want to lead your party with at least one synchronize pokemon, maybe two to be safe, and then have something to false swipe and/or sleep the beasts if you’re not gonna just throw a shiny ball at them. My recommendations for areas to hunt are route 14 for suicune and raikou for timid hunts and route 17 for entei for an adamant/jolly hunt. Good luck.

Oh and btw, if you want proof that it’s possible, here’s some hard proof. Funny enough, I’m doing this exact hunt for the three of them right now, and this happened yesterday. Best of luck to you in your own attempts! 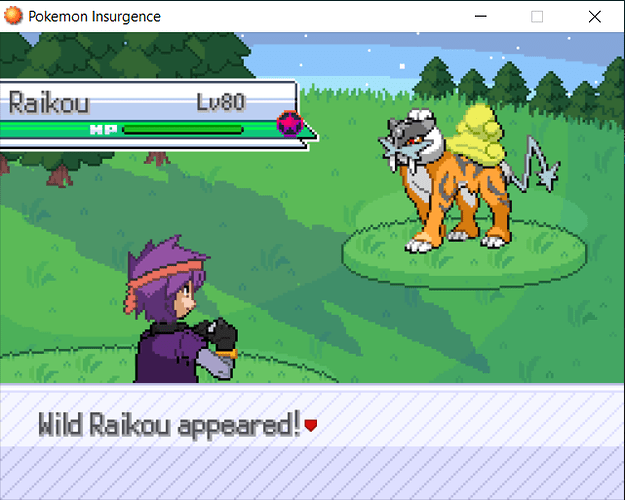 Thanks again, how long did it take you to hunt for raikou?

I got fairly lucky I would say. It took me the greater half of two days of running around the grass of route 14 near Oranos Town before I got this encouter. This is the third full odds shiny I’ve seen on my hunt. I was also hunting for the suicune when this happened. I would say be ready to invest many hours, likely equivalent to multiple days in game, into this kind of a hunt. It’s like a friend safari hunt: You don’t have to reset the game, so encounters go by faster; however, you can’t guarantee what your shiny is.

Just to clarify you need to have subdue Arceus to encounter them?

Yes. Encountering the legendary beasts in the wild requires the Subjugation of Arceus. They can be encountered about anywhere after except friend safari and route 4 (for some reason that I don’t know for the route). Even soaring or fishing works. They can appear in dexnav, although they can only appear as the second pokemon in a double battle, so that method is extremely unreliable. Basically you can encounter them in a lot of places, but the two locations I mentioned are my favorites personally.

unfortunately, someone traded me a Raikou and found out later on that once they’re registered they can’t be encountered,I won’t be able to hunt
raikou.

Ah well. One less hunt for you I guess. You will need to get ahold of a Raikou later in order to encounter Ho-Oh. You need all three legendary beasts in your party to make that happen.

I have one that’s the problem

Worst comes to worst, if you really really want that raikou as a shiny there’s pokepon, but the chances of getting a shiny through pokemon, let alone one with the right nature after the fact, are abysmal.

I think I’ll shiny hunt Arceus first. Any advice you could give me?

I’ve never shiny hunted arceus. I only started shiny hunting what legends I had remaining after catching most of them for a touch trade with someone else. Arceus is a notoriously difficult one to hunt because you fight it right after a Reukra battle with no break in between. Someone in the discord said that they were able to save immediately after the fight, but that same person got reports of soft locks from other people that tried the same thing. The only advice I have to give is: Lead the reukra fight with your synchronize pokemon, do the fight, and suffer through it as many times as needed. Maybe try to save immediately after the fight, but be wary that the timing is either incredibly precise or it’s not a viable option. Make a backup if that’s your plan.

So essentially I have to fight Reukra thousands of time.

Yes, or quicksaving right before encountering arceus, which has the possibility of soft locking you.

How many people in the community have hunted Arceus?

I would say very few have even attempted. It’s a difficult hunt. It’d been done before though.