This mutation of pidgey is quite rare it was said to be created in ancient times through dark magic.
This Pokemon’s stare is said to turn others to stone. 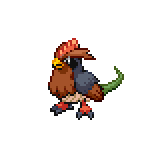 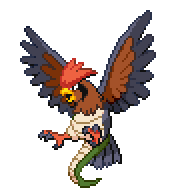 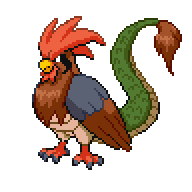 IT looks great…like some sort of chimera/griffin. I am loving it!

A cockatrice is a variation of a basilisk that is said to to be a blend of a rooster and a snake and kills things with it’s eyes.

It needs to learn Glare, if it’s going to be a Cockatrice, come on, lol

It looks flipping amazing. I am seriously in love. I’m guessing you used paint.net?

Oh OK. I really hope this does go on the Holon Dex cause it looks amazing,

I hope so too, but from what i’ve heard the holon dex is finished. >:

I love this but I think a poison/dragon typing is better since cockatrices ( which is what I’m guessing this is based on) would turn there opponents to stone or paralyzed them so I think giving it the power to paralyzed or poison opponents would be nice. Also it’s a snake so yeah. Can you make a shiny and backspiryes

You just necroed a thread!

you opened up a dead thread

this was a dead thread