Hello. I’ve failed twice, and I can already tell this is gonna be extremely frustrating unless I get some advice. Anyway, here’s my team. 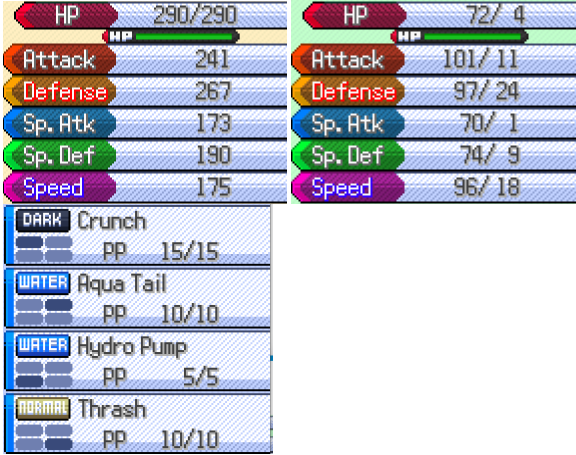 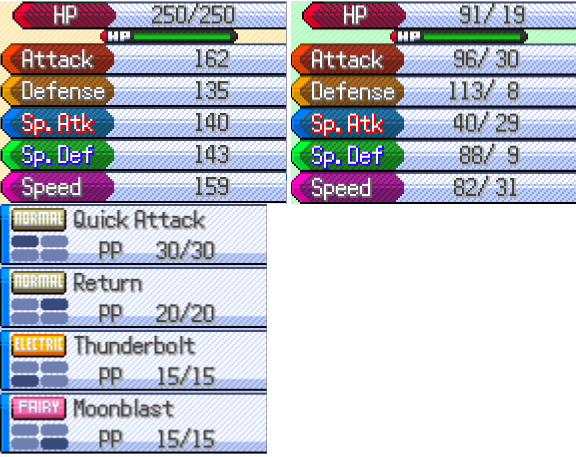 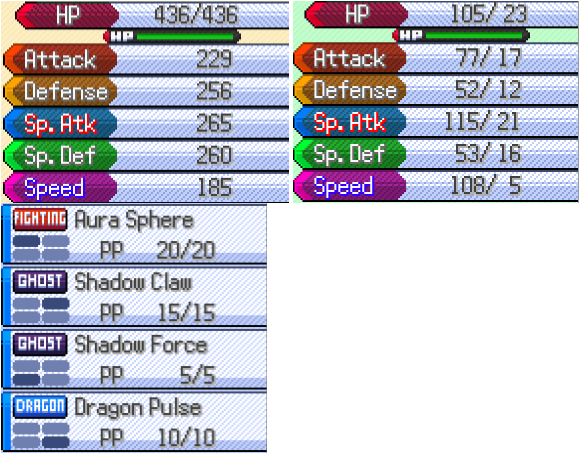 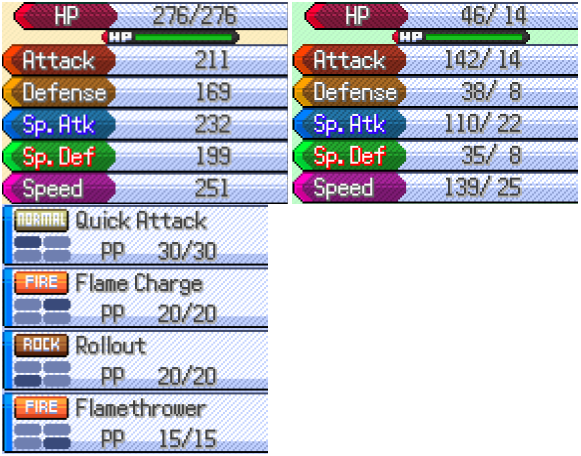 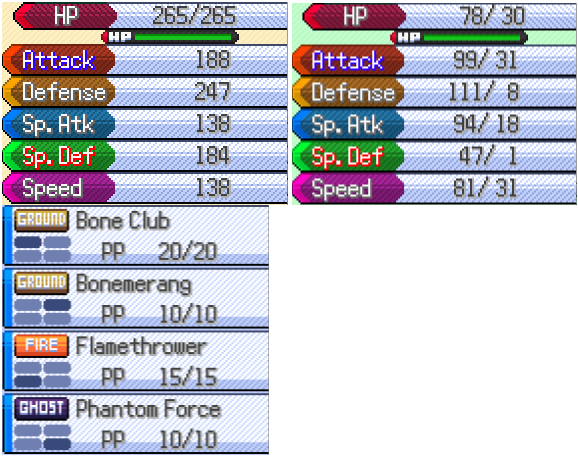 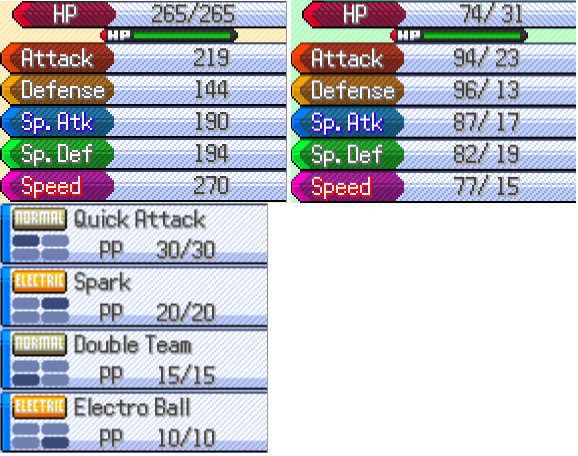 So ugh , first of all
Replace Fera with Gyara , give it the following moveset:
CM (Custom Move) Grass (can be taught in the Black Market)
Taunt (Completely counters Kayla’s team, pretty that’s her name , the baton pass member)
Dragon Dance (For obvious reasons)
Aqua Tail (Water Fall is better but is only found postgame : (
After the battle, you can swap out taunt for EQ if you want.

What I like using for eevee is BoltBeamPsyBlast( Thunder Bolt, Ice Beam, Psychic and Moonblast)

Giratina needs a lot of changing
First of all, give it leftovers
Then change its move set to:
Shadow Ball
Aura Sphere
Calm Mind
Dragon Pulse

I’d recommend swapping out typhlosion for another fire type, since its not that good without its mega, due to its lackluster coverage. I’d recommend Delta Petilil (Water) with:
Scald /Surf (depends on whether you want more power or less power and a chance to burn)
Flame Thrower
Tail Glow
A ground type special move would be good but I’m not sure it if it gets one kek. If it gets Earth Power, give her that. If not, ugh, idk

It does share a weakness with Gyara, being electric but even then you have things for electric types, so it’s not that bad
I’d completely swap out Marowak for a Scizor (the regular one)
Give it a life orb and the moveset of (oh also make sure it has the ability technician) :
Bullet Punch
Bug Bite
Swords Dance
U turn (to switch out if you need to do)
Now for Raichu, it would also need changing. Delta Gallade/ Gardevoir
I personally prefer gardevoir cause its more balanced, but Gallade can also be nice with both Swords Dance and Ice shard
Here are movesets for both
Gardevoir ( has choice scarf as a held item)
Earth Power
ThunderBolt
Ice Beam
Moonblast? Not sure on that one

Is it really that bad? You’re asking me to change out most of my team here. I’ve had them since the beginning of the game, except the Giratina, of course. It seems a little bit against the spirit of Pokemon to have to ditch your whole team for a new one at the eleventh hour. I understand my team is a bit suboptimal, but I’ve still managed to get past everything thus far, usually in around 1-5 tries for every gym leader and cult leader, usually by looking at the wiki to see what I’m up against and making sure my mons were slightly overleveled.

Fair. Not sure what movesets to give on your mons though, their mons I haven’t actually ever used in a play through. Sorry

I guess I’ll have to do some research and see if my mons can learn any moves to counter what the elite four can throw at me. I already have some ideas for the Raichu, and I’ll take your advice for Giratina and Eevee.

its not trash dw, just the movesets arent great. for fera replace hydro pump with some other physical move like maybe superpower

due to giratinas nature, you should probably not use physical moves. shadow ball instead of shadow claw and some other move intead of shadow force

the typhlo kinda has no coverage, alstho thats an inherent flaw of typhlosion. i suggest swapping flame charge for eruption, and quick attack or roll out for focus miss blast. if you dont want to deal with focus blast missing, you could always go for brick break or some other covergae like shadow claw(its nature decreases spatk so its atk and spatk are pretty much same)

marowak. interesting choice to use marowak in its regular form. i suggest swapping bone club for outrage (yes marowak learns fricken outrage. the move tutor is in dragon ruin incase you didnt know). replace flamethrower for fire punch if you really want fire coverage, otherwise use smth like powerup punch. and replace bonemerang with earthquake; its 100% accurate with the same damage output. also try to change its nature via pokepon, its calm is not good for a mawrowak. you could replace phantom force with shadow claw but in-game its not really a big deal

for raichu… why havent you given it thunderbolt? iirc it doesnt get much coverqage sooo idk you can put whatever moves you want also sorry for this super long post

TLDR: Pokemon are good, movesets could use some training

oh and if possible via trade or smth, get feraligatr’s hidden ability sheer force and give it a life orb. this thing hits harder than its mega evolution

I haven’t given Raichu thunderbolt because electro ball does even more damage if you set it up right. That’s probably just my lack of knowledge about pokemon talking though. I played Platinum over a decade ago, and this fan game is my first taste of it since.

Anyway, I had a Rotom for a while that had thunderbolt, uproar, hex, and thunder wave. I used to use it to soften up an enemy for my Raichu to finish them off with an electro ball. Now I’m thinking I’ll just give the Raichu thunder wave instead.

raichu is not usefull here

So you want to keep it mostly intact? Fine by me, but I’ll still change Raichu and Marowak. Marowak here is decent, with that huge attack after investment, but the thing is, it’ll get KOd before it does any damage to the E4, except for the TR member. Raichu has multiple things against it. It has a pretty bad matchup against the E4, and will be either setup fodder or an easy kill for most of the run. If you want T-Wave, grab a Thundurus from the Safari Zone, or a Delta Gardevoir, though that prefers to run 4 attacks Scarf.

Firstly, your Feraligatr moveset needs revision. It’s a physical attacker, so Hydro Pump is not good here. Thrash also locks you into a move that is almost always weaker than Aqua Tail, which is effectively 135 BP. It doesn’t provide any supereffective coverage, so there’s not much reason to use it. I’m assuming this is a wild caught Totodile that has Torrent? I’ll come back to this once I know the ability.

I’d recommend retraining Eevee’s EVs (yes, ik), with 252 SpA, and 252 Spe. That way it hits as hard as possible, and makes it a bit easier to nab certain KOs. I’d recommend a moveset with Thunderbolt, Moonblast, Psychic, and Ice Beam. This hits almost everything supereffectively. Honestly, I’d EV train all your mons, but it especially matters with Eevee, who in mega form, only has 83 in each stat, or the BST of an Eeveelution.

Personally, Giratina’s pretty bad against the E4, but if you want to use it, run a fully special set.
Giratina @ Leftovers
Ability: Pressure
EVs: 252 HP, 252 SpA, 4 Def
Quiet Nature

Typhlosion is a fun mon, though in this case, you basically would have to trade for one. Yours is -SpA, and while it is possible to get HP Grass, it would still be hindered by that -SpA nature. What was the HP Grass IVs again @PeterHolmes74? If you can change the nature to a non -SpA, non -Spe nature in the Pokepon, it might be decent.

If you can’t fix the nature problem (-1/16 is a lot, especially close to level 100), I’d grab a Delta Chandelure from the retirement home in Sonata. Similar set, except with Scarf probably. And Moonblast>Focus Blast and Energy Ball>HP Grass, and Psychic/Earth Power over Extrasensory.

Marowak in the E4 kinda just dies. Your currentset should replace Flamethrower with Rock Slide, and Bone Club with either Shadow Sneak or Brick Break. I personally would replace Phantom Force with Knock Off, Shadow Claw, or Fire Punch. Here, I recommend a replacement in Scarf HA Excadrill.

I just rerolled the Marowak’s nature on the first try of Pokepon, and I just got Calm again. Great.

I recommend you use breeding strategies. Use this to help you:

Well, I looked it up and books like Jane Eyre and Pride and Prejudice are like 890-1190, and those are casual easy reads for me. The hardest book in my opinion that I’ve ever read was Beowulf, but that’s mostly cuz I got it in the original language and had to translate it until I found one in English.

Is there a reliable way to get ethers and PP ups? I’m gonna try to mitigate the flaws of my team with lots and lots of items.

@ezlaturbo The Feraligatr does have torrent, yeah. I was doing research into his moveset, and half the things I want to give him are locked behind having rock slide or some other traversal move.

Alright, I’m bumping this topic one last time to tell you that I have successfully beaten the Elite Four and Champion. It took about 40 revives, 20 hyper potions, 10 max potions, a few full restores, and lots of PP stalling by reviving a pokemon just to be fainted over and over. 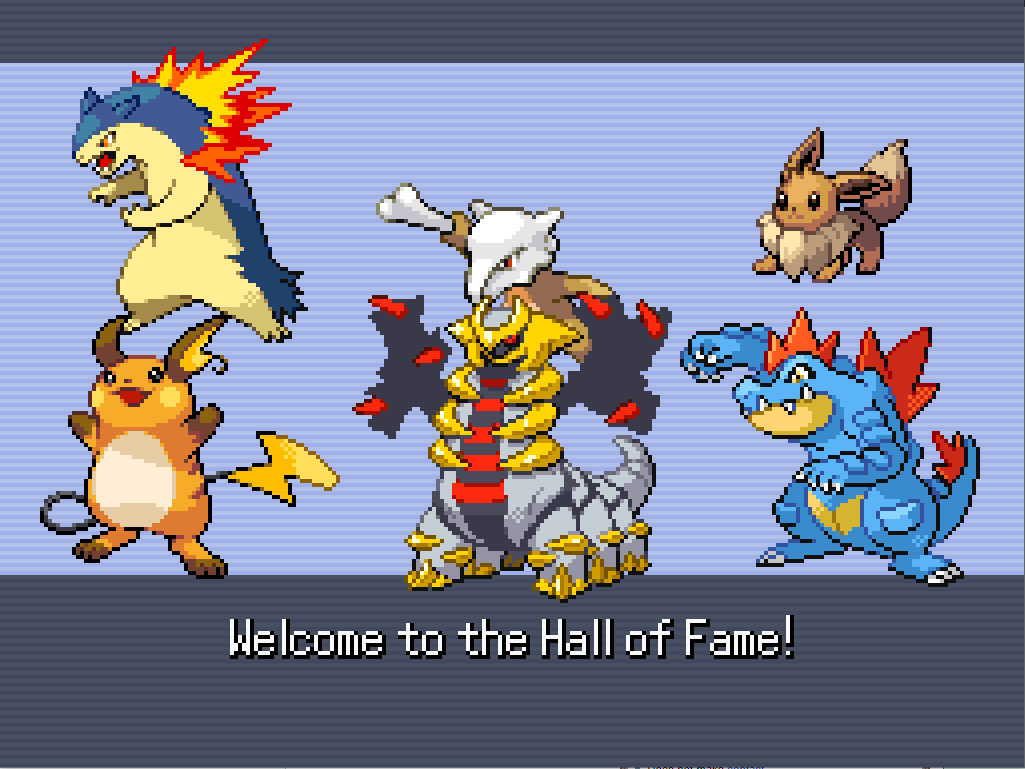 Yeah, it turns out if you have more revives than your opponent’s total PP across all their Pokemons’ moves, it’s impossible to lose.

Yup, it does makes the battles a bit tiring and boring, but you gotta do what you have to do.
I just sred every time I lost to get the three pokes from the guys ( the karate guy and rocket) inside the elite 4 building (not telling what they are since you probably haven’t picked them yet, since they require you to do the E4 without fainting).

Alright, next time, we’ll try without a revive mid-battle.