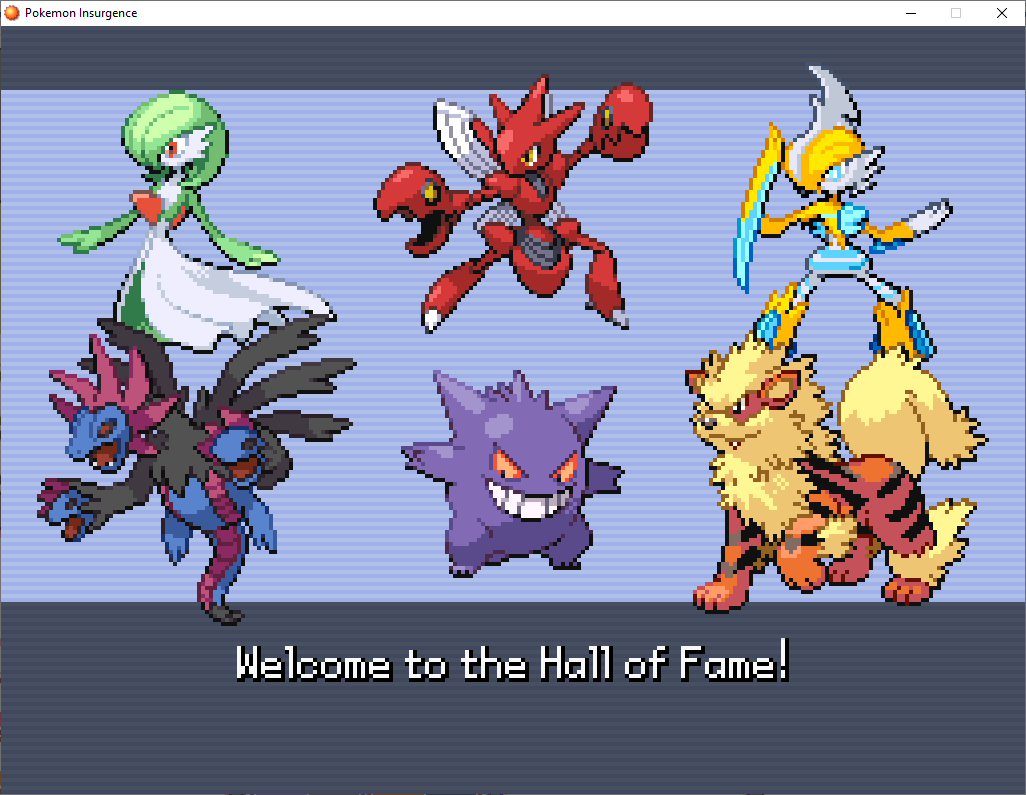 That’s done. It took me 6 tries at the Champion (twice were lost on turn 2, critical hits). Now, i am facing the Hard mode Post-Game. I only have completed the Timeless quest and managed to get all the HM Items.

Now, I want to get a new team. Arcanine feels more and more lacking and there are newly avaliable Pokémons I want to use.

So, before doing a weak worth of breeding and IV stones farming, i wanted to get advices and other feedback on what I was planing. There isn’t much change, but this is what “bother” me. I will go more specific after that small overview.

Gardevoir is a Pokémon that I personally like very much (the first Mega I seriously build a team around in Gen 7). On this team, I use her as a Choice Scarf Revenge Killer. She prooved many time to be worthy of being in my team, destroying any Dragon type and weather sweepers against me.

After using it in my first playthrough of the game. it was so powerfull I swore to use him in any team in this game. I don’t remember what that spread was used to, but it give me some bulk and allow me to outspeed base 60 speed and some Tyranitar variants.

He is that I call the Nyx Destroyer. Except for single handedly defeating Nyx and Red and being freaking badass, he got that nasty STABed BoltBeam we all love. However, i was wondering if I should drop him. I have Mega Loppuny, Mega Kangaskan and Mega D.Ruingross in my mind.
Mega Loppuny is blazing fast and strong, can Fake Out on ghost types and have a true perfect coverage. Mega Kangaskan is simply the best official Mega Pokémon and Mega Ruingross is way to powerfull to be slept on whit Hone Claws and the Rock Head Smash combo. I feel like all 4 would work, but I can’t really descide what to use.

Taking my MVP Hydreigon’s place, he is my best shot against Double battle. One word: Dark Void.
Wait, that’s two…
Anyway, using Nasty plot in singles and Dark Void all the time, Darkrai will be a fantastik sweeper and supporter for the No Faint challenge and against Taen. He is also my favorite legendairy Pokémon beside the vastly superior Marshadow, sadly absent from the game.

This is where I hit the wall. I often got that “Sixth Pokémon Syndrom” where I can’t decide what to slap on the last teamslot.

So? Any suggestions? I feel like my team is very frail, so Bulky Pokémon are welcomed.

Delta Greninja is a viable mon.

@GiaPeNiw I already got my revenge killer, so I don’t keel like using it. I initially hesitated between Arcanine and him, but ended up using Arcanine. I didn’t liked him being so frail.

@JojoBoss247 Same goes for D.Greninja It is to frail to be ignored and that bother me.

More than ever, My team looks much more like a bunch of glass canon. This is actually a reson why I was thinking about Mega Kang and Mega Ruingross. I have trouble finding switch-in by moments.

I don’t like that set, Outrage seems out if place. I was thinking about the classic Smogon’s set:

If you wonder, here are the set for Loppuny and Mega Ruingross

Then, you could use a Shuckle with Contrary and Leftovers with:Shell Smash, Infestation, Toxic, Sticky Web or
Shuckle without contrary holding quick claw with:
Shell Smash, Rollout/Rock Tomb/Rock Slide, Power Trick and Sticky Web

Not a bad idea, but my team is too fast to be a Sticky Web. Waybe the answer doesn’t lies there but I’ll think about it a bit more though.

Also you could try a Rampardos. Used one in my most recent play through and it was awesome. It could 2hit KO everything (But I gotta say it kinda sucks Defensively) @PeterHolmes74

In that case, I should use Mega Delta Ruingross. Same Rock Type, got Head Smash but he also haves Rock Head so he does not suffer from the recoil. He also haves the Grass type and Power whip. Cherry on the cake, he got Hone Claws to boost his accury and power. He is a really interesting Pokémon to get on the team. I think they also share the same attack stat.

But as I saied, he got competition from Delta Gallade, Loppuny and Kangaskan as the Mega Evolution.

I think I could even use it without mega, as a choice band or agility

So, right now, I guess it gravitates towards

I finally descided to try Mega Kangaskan for the first time and see why it is Uber. Peace out Delta Gallade, you are still awesome. I’ll keep my reserch going on for the last Pokémon slot. Probably Zygarde 100%, always wanted to try out his Dragon Dance set.