Well, you wanted it, I didn’t, but I love you guys so much that I did it (except you, Cow, you disappoint me). Here’s the wyrm based Delta Gyarados line. 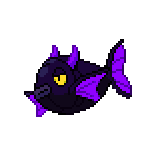 Starting with a splash, we have Delta Magikarp, a plain Dragon type. It can only learn the move Dragon Rage. Like, that’s it. Nothing else. Its ability is Keen Eye, and its HA is Shadow Dance.

Now, onto the big one, Delta Gyarados. 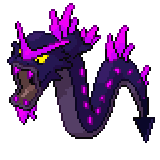 This guy is one of the worst ones I’ve done recently, IMO. But, I dunno, you might like him. His Dragon/Rock typing is an alright typing for a delta based around a burrowing dragon. It learns a variety of moves, including Crunch, Dragon Claw, Stone Edge, Earthquake, and Dragon Dance. He’d definitely be up there, tierwise. Let him get a couple DDances off, and you’re finished. His abilities would be Keen Eye, Shadow Dance, and an HA of Burrower.

“Boro, you make way too many abilities.”

What’s Burrower, you say? Well, I’ll answer your question. Burrower is an ability that allows all two turns moves invulnerability from attacks. Take Dig, for example. If you use Dig, you can still be hit by earthquake and bulldoze and the like. Well, with Burrower, that’s no longer an issue. Yes, this also applies to moves like Solar Beam, Razor Wind, and Geomancy (Despite the fact that Delta Gyarados cannot learn those moves.)

But that’s not all. Oh no, it is not. Introducing, Mega Delta Gyarados.

This Rock/Dragon type has the ability Mysticize, the dragon type version of Pixilate (Man, I really do love these type changing abilities.) This means Dragon type body slam, Dragon type Return, Dragon type bounce. If your opponent gets one of these out and DDances it, just give up the match then and there.

And now, the shinies. 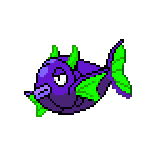 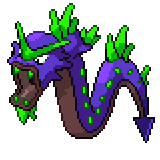 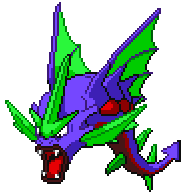 The shiny inspiration is actually a certain superhero. It’s not the Joker BTW, despite looking like it.

Well, that’s all. No poll today, sorry, but I do have something big coming up. Anyway, seeya later, Boro Out!

It has literal jewels and precious minerals on it, how is that you don’t see them?

And how do I make crystals look more crystalline exactly?

1.) You’re* 2.) Learn to use punctuation, mate. 3.) I do, begrudgingly admit that you are in fact, also an artist. 4.) Did you, the copying machine himself, just tell me not to copy from other sprites? 5.) You immediately contradict the first part of your comment by giving me advice.

The rock typing doesn’t seem to be an obvious type, it looks more like a poison type with the tail and coloring

1.) Thanks for pointing that out. 2.) Grammar isn’t my strong suit. 3.) Thank you, though I resent the Begrudgingly. 4.) Its a joke Boro like Jum the non puff Pokemon 5.) I’m sorry. There just two separate suggestion

i can see what you tried to do with the rock typing but it doesn’t really look like rocks. try making the rocks slightly bigger and give them a sort of rugged look like you would on geodude or boldore

Jum the Non Puff is the one of the world leading pokemon.

how dare you insult the great one!!! XD

You did. Six days ago, you said it was a joke on Discord

Don’t be such a stick in the mud, http://i.imgur.com/lAlTaLE.jpg

(except you, Cow, you disappoint me).

reminds me of Chromastone from ben ten 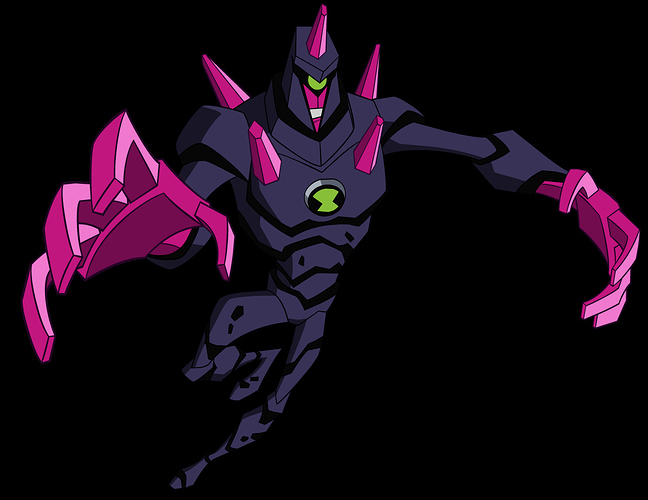 Huh. Didn’t think about that.

O my God yes this makes a lot of sense. Boro learn from this, the rocks should be more smooth to contrast with the simple cubic Gems.