Character Description:
Maren is twenty-one years old, and is a native to Torren, living much of her early life in Helios City. Growing up in the heart of such a busy, bustling city, she admired the fiercest battlers who would come to Helios City to challenge the Gym Circuit, and also those who came from Roggan Town’s Battle Frontier.

She has pale, beige skin, and average-length, light brown hair that hangs over her right eye and is always pulled back in a high ponytail. The tips of her hair are a muted shade of red, and her eyes are a light blue. She wears a pair of tinted yellow glasses over her eyes, (but these are an optional feature), and is a rather average height.

She wears a long, deep gray tailcoat that goes to her knees and is adorned with red and gold. The lapels and the cuffs of the coat are red, trimmed with gold, along with gold shoulder pads, and she wears a red bowtie with a Key Stone set into the center. She also wears a white shirt with golden buttons, dark gray pants, and red boots with a dark gray hat (hat is also optional).

Maren is calculating, fiercely loyal, and refuses to give up, however, her intentions are good at heart. She’s headstrong and sometimes overconfident in her own skills, and she’s excellent in thinking on her feet. She battles slightly recklessly, going for more of an all-out offensive style and often ends up reverting to full offense rather than planning out a strategy. She’s a very kind person and enjoys making others laugh, but has the tendency to show a bit of an ego during battle, as it’s the skill that she holds the most passion and trust in. (ex: “You’re challenging me? Well, I could always use a good practice round!”)

Her ego often leads to her making bold battle decisions, as she’s completely sure it’ll work, and as a result she often jumps into situations headfirst without thinking about consequences or the possibility of failure. Despite her love of competition and battling as a whole, she respects and is inspired by the talents of those who challenge and defeat her, instead of getting upset at a loss.

When she turned ten years old, the typical age for a budding trainer, her parents were hesitant to let her go out and explore on her own in a region filled with cults and dangerous Pokémon. However, quite some time later, she was finally able to convince them that she was capable and ready to take up the challenge, and set out on an adventure through Torren with her new partner Delta Growlithe. She was gifted Growlithe by her father, who wanted a strong Pokémon at her side that was capable of protecting her.

However, Growlithe didn’t see her as someone worthy of respect at first, as she was neither a reputable trainer nor born into high status. She lost many battles in her early days as a trainer, but refused to quit, and remained battling with Growlithe, who continued to disobey her commands and play tricks and pranks on her.

Maren saw earning Growlithe’s respect as a challenge that she was eager to take on, and didn’t stop in her adventure. Her skills and strength were lackluster at best when she first began, but, as she and her Growlithe began to grow stronger together, they also grew closer. She began to grow increasingly confident in her skills as a battler as they began to win more often, and eventually was able to gather and befriend a team of Pokémon to travel with.

Other than her newly evolved Delta Arcanine, she managed to befriend a Cyndaquil, which eventually became a Typhlosion, a Riolu which evolved to Lucario, an Eevee which preferred an evolution into Jolteon above any others, and a Piloswine which evolved into a Mamoswine some time later. She received a Delta Ralts in a trade, as she had heard about a rare offer at the Trading Post and had rushed over to obtain it.

Looking for a place to test her skills, she headed to the same Battle Frontier in Roggan Town that she had heard stories of since she was a kid. The first time, she battled her hardest, and lost. Determined, she came back to try again the next week, and lost once more. She resolved to overcome the challenge that she had been dreaming of ever since she was young, and challenged the Battle Factory, finally obtaining victory. Some time following her victory, she was offered the position of Frontier Brain from the now former Brain of the Battle Factory.

Pokémon on Team:
(All the stats and movesets and other things were just attempted for fun and don’t need to be implemented :D) 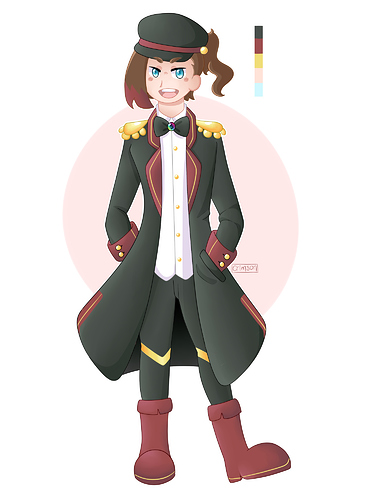 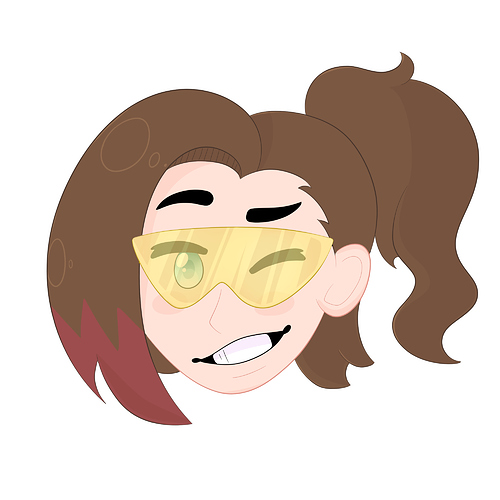 headshot.jpg2000×2000 245 KB
This was so, so much fun to make, regardless of outcome I enjoyed making my entry lots! Best of luck to everyone who enters! <3
2 Likes
Announcing the Frontier Brain Contest Winners
TheGreatRasputin July 16, 2018, 5:16am #2

Hope ya make it in!