Just sharing some alternate sprites that I made for Delta Gardevoir and her Mega Evolution. Let me know what you guys think! 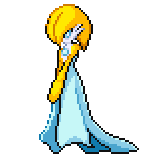 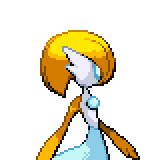 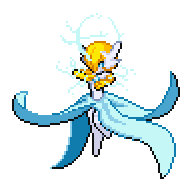 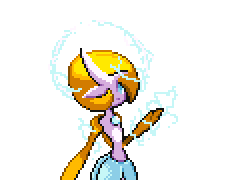 Dress/electricity are nice, hair and yellow parts in general are boring imo.

Yeah, looks cool, but I feel you could do something more with the hair.

To each his own. I have always loved her original design and didn’t want to get too far removed from it. That said I may play with it some more later.

Sometimes simplicity is beauty and that really goes well in this case probably going to replace the current D.Gardevoir sprites with these

Wow that’s awesome! Forgive me if this is a dumb answer but is there any way to add fan made sprites like these into the game?

Locate the corresponding battle sprites in Pokemon Insurgence > Graphics > Battlers.. Rename the new sprite to the same thing as the old sprite, drag it into the battlers folder, and replace the old sprite when you get prompted to do so.

Dang! I’m in love with the Mega Evolution. It doesn’t make it look like Rosalina, and adds the true reflection of the Electric type. But I’m not hating on the original, both look sweet!

Okay, thanks! I have a few more questions When the pokemon follow you, will the sprite be the old one? And if I put it in the pokepon, and I somehow get the shiny capsule will it actually change it into a shiny form?

Assuming the artist didn’t provide follower sprites like here, yes. It will turn shiny if the artist, once again, provided sprites for them. Follower spites are located in the Characters subfolder in the graphics main folder. In this scenario, it will look normal in the overworld and will keep the same shiny as default. In battle, it will appear to revert to the original sprite’s shiny.

Oh yea I can copy these images on the post and rename them to get these sprites in the game? Forgive me if I’m asking too many questions I’m not really familliar with this subject

Yeah, that’s what you’re supposed to do.

Beautiful. Any chance of a shiny version? 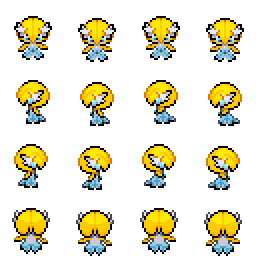 I tried Creating the walking sprites for this alt. sprite. Hope you guys enjoy!

I Also created the Icon for it! Enjoy!