0_0 It’s Shade! Dang it’s been almost a year since my last delta!! I’d say I should be doing more but it’s pretty dead here. Plus, I don’t have as much as a reason too, I’m not churning them out like I was when I was being looked at to join teams. Maybe I’ll check the delta suggestion thread after this…? So, throw some in while you still can!


Okay, Rant over. This concept was based on if Cubchoo had a fever rather than a cold… and that’s about it… XD
My initial idea was to keep it mono-type, but let me know if you think I should add something like Fairy, Normal, or even Fighting. (Not that we need more Fire/Fighting) 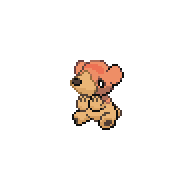 Dex Entry: Delta Cubchoo’s fever has been running for so long it has raised it’s body temperature up to 400 Fahrenheit! The higher the temperature of the Cubchoo the healthier it is and the stronger it’s fire attacks become. 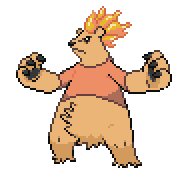 Dex Entry: Delta Beartic’s fever erupts and escapes out of the pours in it’s head. All of Beartic’s fur is fireproof with the only exception being the darker fur near his chest.

Okay, so I keep being told that my X-Deltas look TOO different from the classic version of those pokemon. This should put those people to rest, especially since I thought my last one was a good middle ground. Like I don’t think I can do less without it just being a re-color

But if I’m being honest, I prefer my “normal” style and will be going back to it for any others I decide to make.

And now it looks way too close Lol
I actually dont quite like it since your regionals were a bit unique and fresh takes. Lightly disappointed

I’m glad someone liked my actual style. I’m probably gonna 180 and go back in that direction, I really didn’t feel like I enjoyed making this one as much as like Sandshrew’s design.