First time playing insurgence (any pokemon game really) and really like it!

Ive been looking online for a team that I want to use for late game but find that most delta pokemon I want are all late game pokemon.

I am only at route 3 and as I cannot yet get most of the pokemon I want at the moment I was wondering what are some strong early/mid game pokemon I can get that I will serve me well for most of the game.

Right now I am using mainly delta charmeleon, axew and scyther but want another few that are strong enough to go through the game!

Any help would be much appreciated.

Delta Scyther is pretty good, especially with hustle+hone claws. it also has incredible offensive typing so theres that too
PS: DO NOT USE DELTA SCIZOR, scyther is overall better due to its stats.

Delta Gardevoir is also a rly good mon. Stab boltbeam is very handy and its got decent coverage. You can go for Gallade but the moves it gets arent as good. You get delta ralts in route 4, in a small house 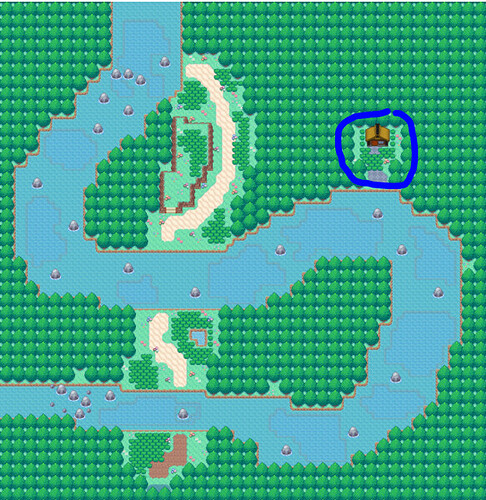 Delta Crustle is very powerful. with one shell smash, it becomes obscenely powerful and hits like a truck. if you manage to get its hidden ability simple (by asking someone to give it its HA or asking for a d.crustle that already has it), and give it a white herb…
say goodbye
you can get a d.dwebble by trading a totodile with the man on route 4

Delta ambipom isnt all too special and evn with its HA, technician its not great after early game. tho almost unresisted stab in cool. you can a d.aipom in suntouched city, by luring it with honey. you can get honey somewhere in route 3 i forget

and lastly
Delta roserade. you get d.budew in utira library, in some hidden pathway if you interact with a loose book in the extreme west wing iirc. so its a bit late but trust me, its a BEAST. it gets shadow dance which double speed in new moon. remember B/W sand rush excadrill? d.rose is exactly that.

Now these aren’t ALL the good mons to use. ive excluded reg mons but mons like mega typhlosion are an absolute powerhouse. i included only delta cuz those were the only ones i remember of the top of my head lol i played through the game using only deltas, except the beginning of the game when you don have access to them, and im assuming you are too. altho some fan megas are rly to play with. oh and dont even get me started on armors, those are badass

Scyther, as you said, is a good pick, as it evolves into Scizor right before the third gym, and is very helpful in the fight immediately after you get it. It also does very well versus the Elite 4. Rotom is an okay pick which is great in the early game, and can be useful once you unlock the forms later, wouldn’t be my first pick for a ghost type, that being Gengar. You can get a Gastly in the initial forest, and it evolves at the 3rd gym, and stays relevant and useful for the entire game, well, at least most of it. I highly recommend getting a Magikarp with the Old Rod, which is helpful for pretty much the entire game. Some other good water types are Feraligatr(you can find Totodile on Route 2) and Delta Haxorus(D. Axew found in Miara Town).

I recommend getting a Zubat for Crobat, a great underrated mon with a good typing. Both it and Abra, another great pick, can be found in Dark Cave off of Route 1. Drillbur, when combined with Tyranitar, or using its HA is a good find in either Midna Mine, Utira Town’s trade, or the Friend Safari. Durant can be found in Midna Garden, but it’s outclassed by Scizor. Magnemite is a good Electric/Steel type found in Cyan Cavern, helps quite a bit versus a later boss. Axew is a good pokemon, found in Broadcast Tower(Helios City)'s Mission 1. Ralts and Kirlia can be found in Route 3, Choice Scarf Garde is very useful(Delta too!), as PeterHolmes74 would testify. Cyndaquil can be found on Route 4, after breeding, it can be a very useful Mega. Sneasel can be traded for in Vipik, but requires breeding to be useful. You can find Fennekin in Crossroad’s Hidden Grotto, another underrated pokemon.

In the Rezzai Desert, you can find Krokorok and Vibrava, however, I wouldn’t use Flygon unless Mega, as the Armored and Normal forms are both underwhelming. You can also find more Axew here in the Rezzai Cavern. Volcarona becomes available in Roggan Town, a ghost type can be traded for Larvesta here. Item Farmer Pumpkaboo can be found on Route 7. Utira Library hosts Gengar and Litwick, powerful ghost types. As Boggaspotatoe said, D. Roserade is another good pick here. Kangaskhan, Chansey, and Houndoom are found on Route 8, as well as the beast that is D. Snorlax(actually D. Munchlax) in the Hidden Grotto.

Oh yeah right forgot about d.munchlax, this thing can singlehandedly destroy half the e4. It got belly drum+synthesis, practically negating any hp loss. Or you could just hyper potion it instead of synthesis. Either way with surprisingly good coverage in eq, seed bomb/wood hammer, superpower and I’m p sure the elemental punches iirc, this thing is unstoppable

Thanks all for the advice.

A few other questions for a newbie like me.

Sorry for all the questions and thanks again!

No, you dont need to wait 12hrs. You can just save outside the grotto and soft reset(which is essentially just turning the game off and turning it back on) until you get what you want. It could take a while but it’s shouldn’t be more than 20min if your luck is horrible

Mons in Friend safari have a 1/5 chance of having their HA. For deltas(cuz you can’t find them in friends safaris), you have to use the dream guru (postgame btw) to give them their HA

Breeding makes a Mon good cuz you can call ntrol the IVs it gets. 31ivs across the board is the best since it’s the highest but some times you might want different IVs cuz you want a certain Hidden power, trick room so 0 IVs, etc. You can also give them egg moves. There are several good breeding guides and videos on yt. You can breed in midna town at the daycare couple

Mega evolution is permanent for that battle only, one mega per battle only. If the mega faints and you revive it, it will not be able to mega evolve for the remainder of the battle

Hopefully that answered your questions

I kept raichu and gastly on my team all the way thru Post-game. Raichu gets a Fake Out/Nuzzle in before typically dying but that allows me to setup a slower mon like my delta venasaur.

Gengar is beasty and Destiny Bond is EZ way to take out the strongest mons!

Axes was a very valuable member of my team and I used onyx to set up stealth rocks. Axel would chip away and do some damage before delta Charizard finished it off.