I am curious if anyone has gotten a shiny from using Pokepon, and if so, what pokemon was turned shiny?

It’s a 1/2400 chance per roll, and considering the sheer amount of people that play, people have definitely gotten pokepon shinies. I know a guy who got two in a row, first delta charmander then delta bulbasaur

After 2 weeks I’ve made my delta Blastoise turn shiny in the pokepon, so yeah, the chance is there.

After attempting to get a shiny from Pokepon for months, I gave up and instead tried to get good natures from it for some of the shiny Deltas that I had obtained. In doing so, I then proceeded to get the shiny prize from Pokepon three times.

I think the game is just determined to give you what you don’t want.

Looked at the code for you, it’s actually reading your mind and seeing what you want in order not to give you that. The Windows API has some cool stuff man.

That sounds about accurate

your logic is painfully bad

I got a Shiny, Shiny Delta Ambipom. I’m so f***ing happy right now 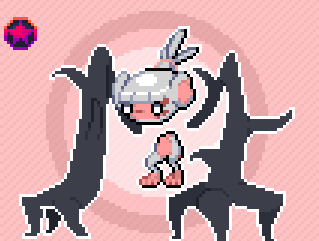 1 - Hahahahha xD 2 - No man, i’m still in story mode, and Delta Ambipom is a piece pokemon for my team, but we can trade something else, what do you think?

The last post on this thread was 1 year ago and I’m having trouble comprehending what you just said, so I’ll form an answer based on keywords you said.

Any pokemon you put inside pokepon has a 1/2400 chance to come out shiny.