Alright so, even though there Aren’t (AREN i just did a pun lmao) many people active i wanna sell making sprites here’s the list:

Thank you if you purchase, and from time to time i will post free mods/recolors(more often recolors), and if you pay you can tell me to do it in pms as you are the one who paid. If you want a showcase before you buy i will do so, and if you want price changes then petition below. (Hope I don’t wait a century before someone buys)
You can request a rayquaza (or any other pokemon) to be your character lmao
Also tell me if you want both genders to have a mod even for pokemon like, pikachu (heart tail for female and normal for boy

bruh selling these for in game items isn’t really fair

alr then, i asked people if it was fair (only one lol)

Besides, I believe you do these for fun? So charging people out of the blue is kinda mean ;-;

also i saw some person, serenityfaithful making a shop for these so i decided to do it

wdym “mean”? These things take time and effort, so it’s only natural that someone would want payment, even if this may not be the right place to do it

may not be the right place to do it

wdym where do i do it?

Barely anyone is active

ik lol, i don’t think i’ll get a single sale, but i wanna try it

I mean you should put examples too

oh, about that… i haven’t even started lol, but good idea, what should it be for a character mod?

Idrk what a “character mod” is, if you explained what they were, it would help too

idk lol, I just think this may not be the right place to sell things, although ig since it does involve insurgence items it’s fine

so, you can change your main character to other things like, ash ketchum or even damian ( could reuse other sprites but, i’d need to make a front sprite) 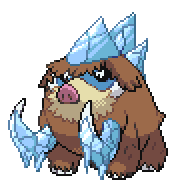 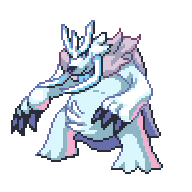 Edit: these sprites weren’t made by me they are just ones I found online that I thought were really cool.

Edit 2: by gen 5 style I mean full back (but not animated)

Hey could you do a nicer back sprite for Delta Snorlax? Just the summer form is fine. What would you charge for that?

Heya Aren, still doing these? if so could you do a character mod for me? we could discuss it over discord perhaps, i will pay.

@Aren has not been online in a while

and please do not revive post older than a month old

My apologies, i only looked at endgame’s post and didn’t notice.