Hey Everyone. After completing Pokemon Insurgence a few times on both normal and randomizer, I decided to start a Randomizer Nuzlocke.
Since I am doing one, I decided to share it here.
Since it’s my first Insurgence Nuzlocke, I’m doing it on Normal Difficulty, and not Hard.
The one catch per route rule will be imposed as well.
Also, to make sure that it doesn’t end up getting too easy, I will not be taking any Gift pokemon with a BST over 600, which includes the starters as well.

So then, Here Goes Nothing. 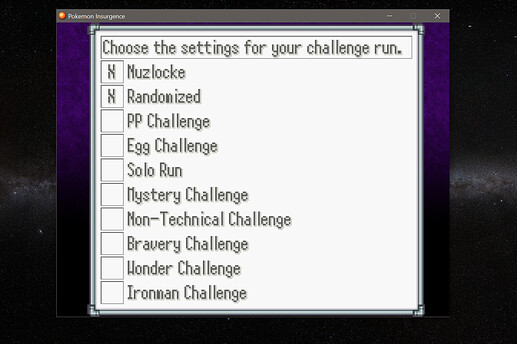 After exploring and exiting the Darkrai Cult base, we ended up getting a Crystal Piece and a few vitamins.

Lucky, I know. Anyways, we continue and meet Damian, who just met me, and yet it means a lot to him when a random stranger agrees to go with him to get gifts for the Augur.
The starter options available to me are Houndoom, Vileplume, and Huntail.
Fire, Grass, and Water despite being randomized, nice.

It’s finally time to meet our first team member, Maxie the Houndoom. Hopefully, you’ll stay with us for a long time Maxie. 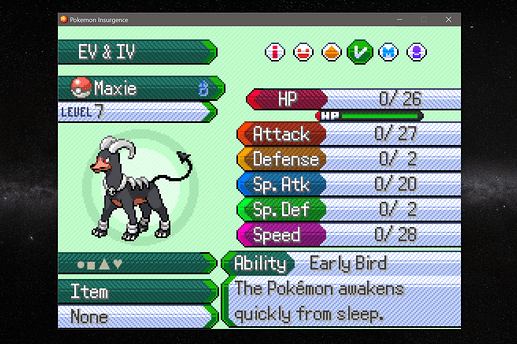 Damian comes at us with an Unfezant and the battle was uneventful. 2 embers and he was dead.

The pokemart employee gives us 5 Rock Incenses, which is pretty cool. Good for the wallet.

After stockpiling an ungodly amount of pokeballs and potions, we’re finally ready for the Shade Forest encounter.

And it’s an Ariados. As a kid, weirdly enough, I found Ariados cool, but after what will happen in this playthrough, I don’t think I like Ariados very much. You’ll find out soon enough. Anyway, welcome Arachnae (yes I misspelled Arachne and I’m too lazy to change it.) the Ariados.

We move to Telnor cave to get our encounter, and we find Itempicker the Zigzagoon.

Anyway, onto Route 1, where we get extremely lucky. 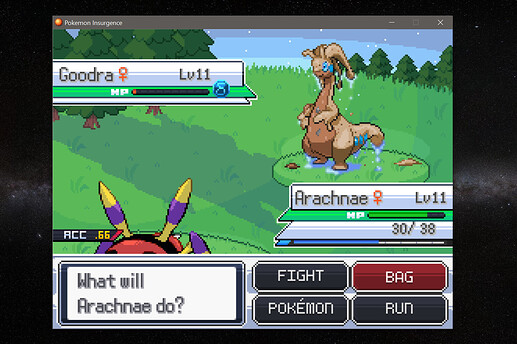 Screenshot (115)1489×992 339 KB
It took me so many pokeballs to catch her, that I named her AARGH!! Nickname suggestions for her are welcome and appreciated since she’s a total beast.

None of the Route 1 battles were anything special, and we quickly headed for the Dark Cave and Midna Garden Hidden Grotto encounters. Which reminds me, do I consider every hidden grotto as a different area or just count them as one? I shall do as you people prefer.

Both of these encounters turned out to be good.

Midna Garden Hidden Grotto encounter was Haley the Noivern. (It’s a reference to this show I watched as a kid called American Dragon)

Moving Ahead, we get to Midna town without any issues and get lucky with items yet again as we steal a Relic Vase from a Floatzel. 50k pokebucks. Sweet.

We quickly head to Midna Mine to get my encounter, to replace Arachnae and we get an Arbok that I catch and name Cobra. Arachnae is replaced and we head to battle the first trainer in Midna Mine.

The trainer starts with a Delta Minun, which is actually a Zorua. I had switched into Cobra, to give it some exp, and since it matches up well against Delta Minun. But it turns out to be a Zorua when I attack it.

I switched out Cobra since he was at half health and his defenses had been lowered, and Zorua used Pursuit. RIP Cobra.

Maxie and AARGH!! plow through Midna Mine and the Trainer school tournament to avenge Cobra’s death without any issues. After that is done, I head to Route 2 and get the Old Rod. We return to Midna to get the fishing encounter from the Lake.

It’s a Girafarig with a Life Orb. I manage to catch her and name her Sydney.

Our Route 2 encounter is a Poliwhirl. I name him Fat Tadpole and start grinding a bit when a trainer springs this on me. 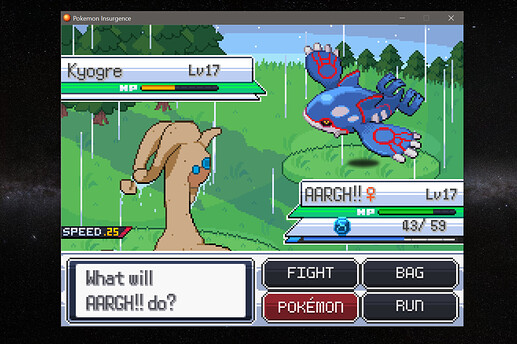 As I said earlier, AARGH!! is a beast. She managed to beat this Kyogre who would’ve butchered my team otherwise.

I step into another trainer battle without healing, and it turns out to be a mistake as a Dunsparce kills Fat Tadpole.
Another mon falls to Pursuit. Deja Vu. Exactly how Cobra died. Anyone who replaces Arachnae dies immediately. It’s like Arachnae has placed a curse on us.

As I go to put Fat Tadpole in the Death Box, I realize that he is holding a Relic Crown which sells for 300k pokebucks. Thank you, Fat Tadpole, you shall be remembered for making us rich.

We add Sydney to the team and then head to the Ancient Ruins for our Next Encounter. And my face lights up the moment I see this. 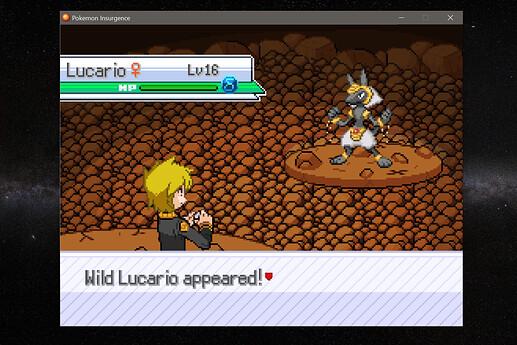 Screenshot (126)1482×988 455 KB
Now, this is awesome on so many levels. Lucario is one of my favorite pokemon, and so is its Delta form. (Delta) Lucario is a brilliant mixed-attacker and getting one early game would be awesome. I send Ivy to use Hypnosis to put her to sleep but it misses 5 times. Lucario had Sticky Barb as a held item so it’s losing hp. I start chucking pokeballs, but eventually,
She Faints. I was so gutted, I saved and decided to stop.

Alright guys, thanks for reading this. I look forward to your suggestions for nicknames and feedback on the series in general. As my team starts to get a bit decent, from Part 2 onwards, I’ll add a detailed team sheet at the end, with moves and all. For now, here’s a screenshot. 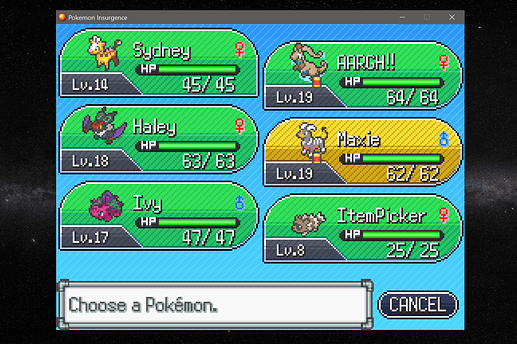 I had new user restrictions when I made this post, so only 6 images, but expect more from part 2 onwards.

Can we stop with so many playthroughs? I get it’s not a rule but there’s like four going on at one time

True, but some people find the large amounts of playthroughs annoying.

Then why not just mute the topic and move on?? I don’t like the influx of playthroughs either but there’s no rule against them and the forums have basically nothing else in them to post