Are you able to customize your pokemon(s) sprites anymore? I’ve edited my eevee’s sprite for both it’s front and back, and nothing has changed in-game. 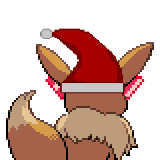 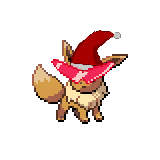 This is the correct folder, right?

Yes, but you have to replace the correct file by naming it the same thing as Eevee’s battle sprite.

Eevee’s battle sprite is called “133”. Rename the picture after dragging it into the folder to the same thing and if you are asked if you want to skip or replace, choose replace. The back is called “133b”.

Yeah, I did that though.

You replaced them, saved, and then went into a battle, right?

Well, sorry then. I don’t know what the error is. For me, just replacing it is enough.

Alright, thanks for attempting though, sorry for wasting your time.