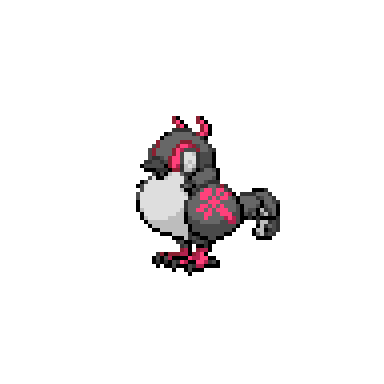 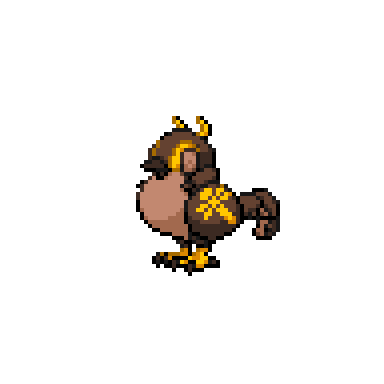 δPidove, the Creepy Pokemon. A Bug/Dark type, δPidove is a nocturnal insectoid-avian-thing. Its wing markings glow in the dark, attracting smaller bug-type-eating pokemon which it will then attack. Its ability is Compound Eyes, and it has a Hidden Ability of Wonder Skin. 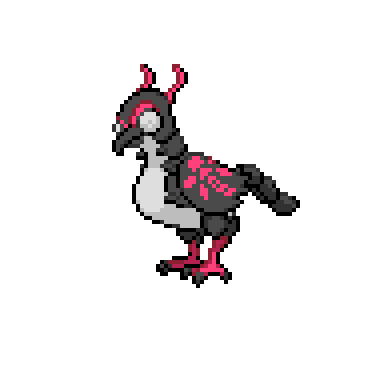 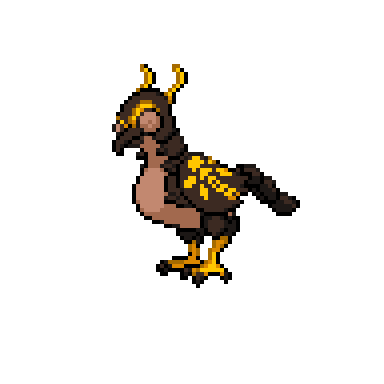 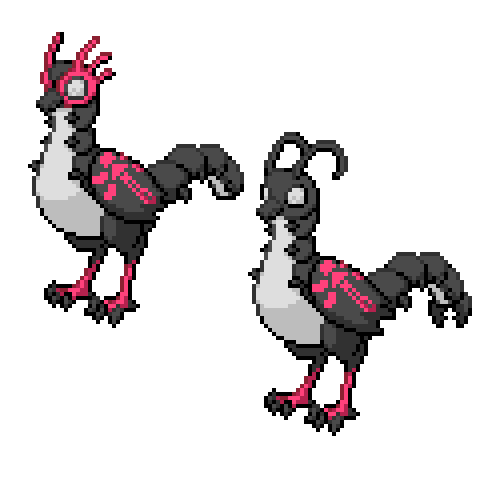 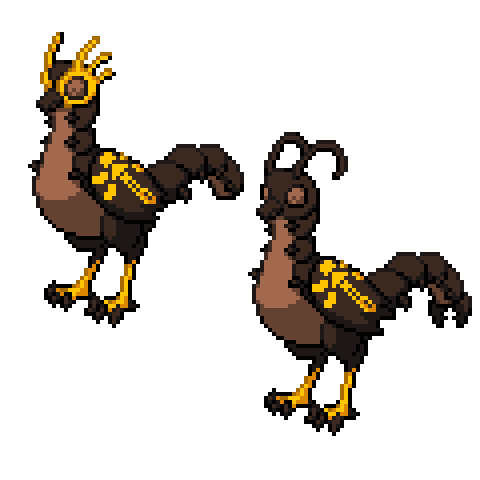 δUnfezants, both Bug/Dark. The one on the left is Male, while the one on the right is Female. The Females defend the Nest-Hive (that’s what it’s called now), while the males are builders, strengthening their abode and taking care of the eggs (woo, no silly hyphenated name). As for Abilities, the Male retains Compound Eyes, while the Female gets Swarm. Both still have the Hidden Ability of Wonder Skin though.

And for the others: 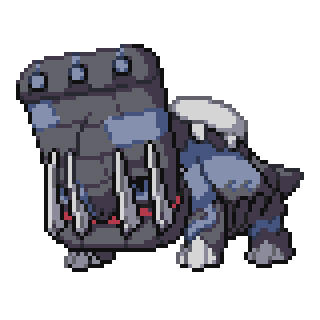 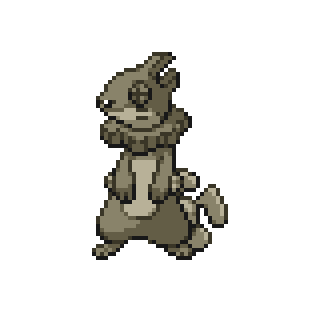 δBastiodon, the Hydroelectric Pokemon, a Ground/Electric type with the ability Storm Drain, and an HA of Stamina. It plants itself firmly in rivers, the water flows through its pseudo-gills to generate power. And δBuizel, the Turbine Pokemon. A Steel type, it has the ability Swift Swim, and an HA of Technician. It charges itself at power plants, then rockets itself up-river. 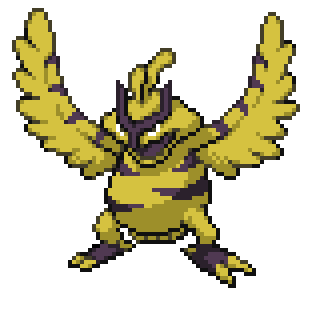 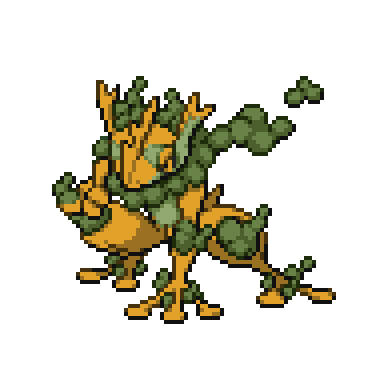 δElectabuzz, the Strix Pokemon. A Flying type, it has the abilities of Intimidate and Infiltrator, with a Hidden Ability of Reckless. As a side note, justice for my girl Polyphonte, she got done dirty. Then δGreninja, the Smog Pokemon, a Poison type. Its has the ability Levitate. It’s based on a request from… someone on the discord. 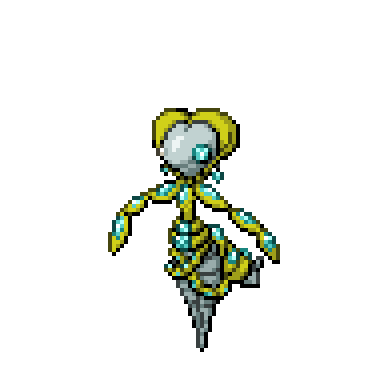 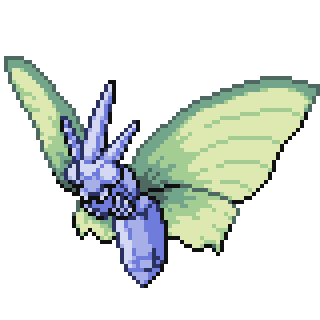 Then there’s δLeavanny, the Jewelry Pokemon, a Fairy/Steel type. Its abilities are Dazzling, Light Metal, and a Hidden Ability of Mirror Armour. Often sought after as a status symbol. And finally δVenomoth, the Aurora Pokemon. Full disclosure, forgot Frosmoth existed. Uh, Ice/Fairy though. Abilities of Clear Body, Snow Cloak, and a HA of Snow Warning.

And that’ll be it for now. As always, feel free to hit me up on discord with your ideas, I’m pretty active there. Oh! Don’t forget to SMASH that like button, something something funny youtube joke. lol pigeon.

man those are very nice! i could see them being used if you did backsprites
also wouldn’t δ Venomoth fit for fairy/crystal?