Hi,
I was playing the game, and got to the part where you can choose between Damian and Nora in Utira Town in front of the library. I chose to battle Nora. After her Doublade fainted, the game said something about Nora going to send in her Ampharos, and after sending it in, The name above hp bar says “Flygon” but the sprite is an Ampharos.
hopefully this image works 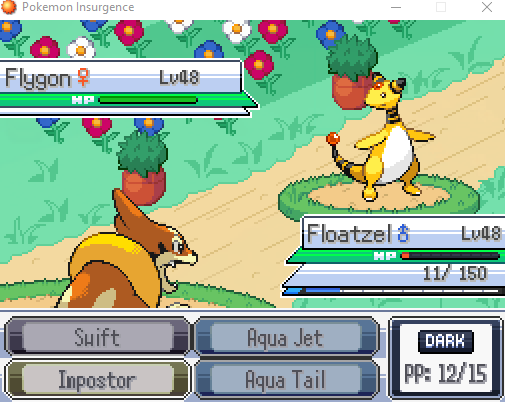 Edit: I battled it and its a “Flygon” with Electric/Dragon typing, and thunder punch+power gem. Was this spposed to happen or I got lucky and had to battle an Ampharos?
aeri
4:59 10.21.22

Nora doesn’t have an Ampharos in Ultira Town in any difficulty level. For that matter, she doesn’t have an Ampharos, period. It should be a Mega Flygon.
Did you select any of the challenges at the beginning? Specifically, did you choose the randomizer option? Because that’s about all I can think of, outside of it being a glitch of some kind.

I didn’t choose any challenges, and I’m on easy difficulty and the game version is 1.2.7, if that will have anything to do anything.
aeri
5:28

Audrey, Easy mode, Whirl Islands.
The Crawdaunt is a Sharpedo sprite but is still named “Crawdaunt”. I think its the same glitch or maybe is something thats supposed to happen?
Edit? After the battle Audrey said “impressive, you defeated both my lugia and…crawdaunt??” 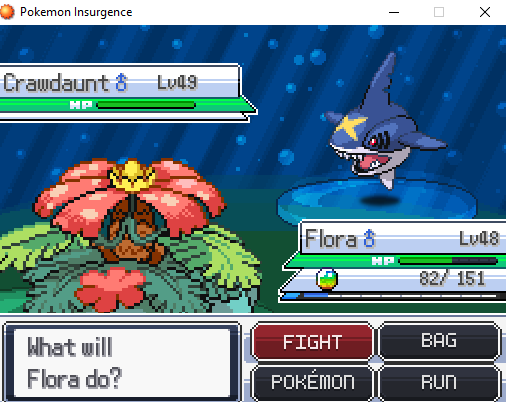 She’s supposed to have a Mega Crawdaunt. It seems that for some reason, Pokemon with new Megas are being replaced. Are you playing the Light story?
Assuming you’re playing the Dark story and it’s still doing that, my best idea is to redownload the game. Your save data won’t be deleted, so don’t worry about that. If that fails and you encounter another situation like this, reach out to the devs.

You’re playing on purity mode which removes deltas and new megas. This is a known bug.

Hi,
I just checked my settings and purity mode is on (I remember turning it off). I think I’m playing light story. Thanks