To celebrate Chinese New Year (and to one-up Renaia) I have decided to host a tournament. You’ll get the chance to win shinies, but just for participating you can win a Hidden Power Ice Electrike as well!

Additionally, at least two of your Pokemon have to be on the Chinese zodiac (Rat, Ox, Tiger, Rabbit, Dragon, Snake, Horse, Goat, Monkey, Rooster, Dog, Pig). This is just a gimmick so I’m going to allow very loose interpretation of these (rodents can be Rat, cats can be Tiger, birds can be Rooster, etc.) as long as it’s not completely ridiculous (like a Magnezone as a snake)

Because I don’t want the organizational disaster my last tournament was, everyone participating has to come at the same time and all battles will be done at that time. Unless something comes up this will be the time. 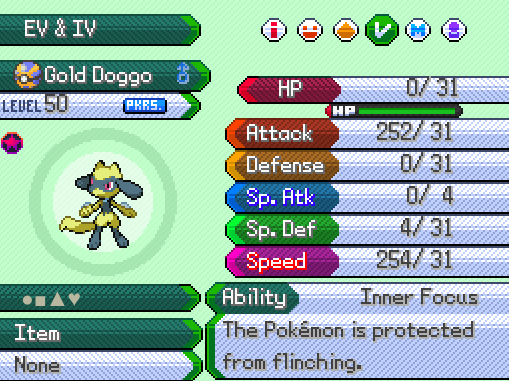 The winner can choose the moveset as long as it doesn’t include egg moves (it has Blaze Kick but that really is not useful.

Second Prize: Two of the other shinies

Third and Fourth Prize: One of the other shinies

If two people want the same one the person with the higher place get it. If the winner doesn’t take the Riolu it gets moved to the other pool.

Your account must have been created before this time or you must have joined the Discord before this time to participate. This is to prevent people from joining with dummy accounts.
You may join by commenting here or pinging me on Discord at @A_Wild_Noob_Appeared!#8849

For my two zodiacs, I’ll have Talonflame (Bird) and Serperior (Danger Noodle).

Gasp Someone noticed- er I mean nice. BTW you didn’t have to say them here. It’d be nice if you nicked them so I didn’t have to figure it out but I’m not going to do anything (not even going to ask if you battle and leave the zodiacs unrevealed) unless there’s a massive rule violation.

Someone on the Discord pointed out that some moves are banned in the Insurgence tier list because of faulty mechanics. Those are not banned because the simulator makes them work correctly. Also note that Arena Trap was retroactively banned from ORAS OU.

@MassyLight10 joined via the Discord

Because of real-life issues that came up I’m going to have to delay the tournament until this time. Sorry for the last-minute change (and hopefull get more participants). If you can’t participate because of this change you can still claim the Electrike.

Massy vs Codsauce (Sub for Twich)

Decho vs Massy (only a log is available, Massy wins)