Well, you guys/gals/apache attack helicopters asked for it. Here is my Manticore based Luxray line. 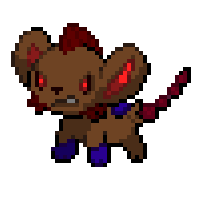 Starting off adorable, we have this little tyke, Delta Shinx. Though it acts tough, it really just has a lot of energy. Its Normal/Poison typing may seem underwhelming, but just you wait. It has the abilities Poison Point, Intimidate, and a Hidden Ability of Poison Touch.

Next up, we have Delta Luxio. 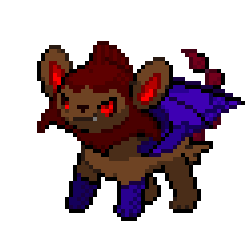 This delta is said to be the mortal enemy of all Ariados, often fighting over prey. It has grown out his wings, and gained the Dragon type, making it a Dragon/Poison type pokemon. It has the same abilities as Delta Shinx. In other words, it has Poison Point, Intimidate, and an HA of Poison Touch.

And, ending off the deltas, we have the terror of the night, Delta Luxray. 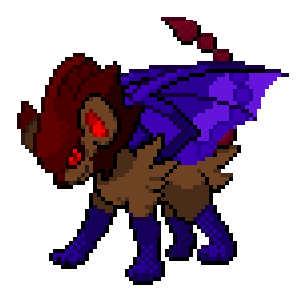 Look at that smirk. You know you’re dead when you see that.
This pompous

hole is continuing the Dragon/Poison typing. It is known for playing with its victims before it eats them. It also has an unexplained animosity for Delta Liepard. I dunno. I don’t watch the deltas, I just make 'em. This delta has the abilities Poison Point, Poison Heal, and a hidden ability of Poison Touch.

Is that all? Wait, no, shinies. Here they are.
Delta Shinx 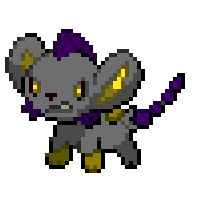 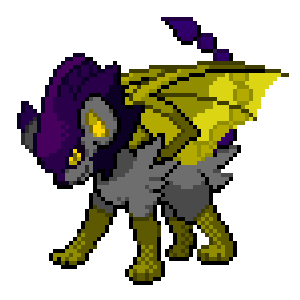 And I’m gonna continue my polling idea, but with all new options (If you wanted one of the other ones, don’t worry, they’ll be back next time.)

Also, a special request. If you do leave a review of the art, could you tell me how well/badly I did on the wings. I’m a bit new to translucent objects.

Luxray looks cool, except (i’m not too sure about this) i don’t think the wings should be attached where they are tho again not too sure

The wings don’t look very attached to the body. They seem kinda stitched on like it’s a Frankenstein. I’d suggest adding fur tufts at the wing nubs to help

This pokemon smug aura mocks me and I love it