I’ve been playing pokemon since the first gen, and I’ve always disliked the slimming down of Pokemon’s beloved mascot character. So now, I introduce to you my fatkachu overworld and battler sprites- so now you can tag along with the cuter rounder version of the pokemon we all know and love. #realpikachuhavecurves 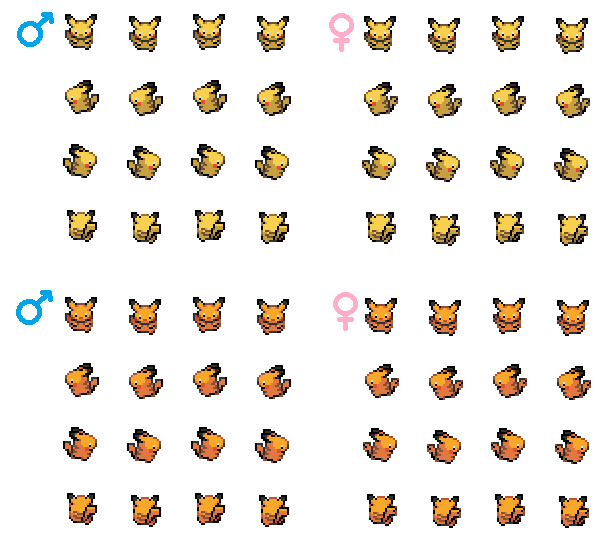 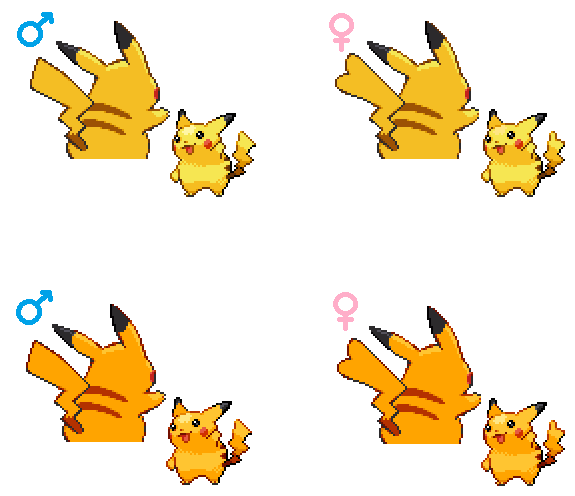 Unfortunately, you can’t just drag and drop the overworlds in the characters folder. You can I guess if you have a male nonshiny pikachu, but for some reason they didn’t program the female pokemon to show their female overworld sprites? Or at least, it doesn’t seem to work for pikachu. So if you want the female version of the pikachu overworld sprite, you have to rename ‘025_1’ to ‘025’ since 025 is the one that shows up ingame.

(Uh I had to update the link to add battler sprites, so let me know if it doesn’t work)

Honestly, at least in my case I’m just going to use the male sprites and leave the female ones as the original, thus increasing sexual dimorphism. I’ve always believed sprites need more variety.