Insurgence What If...? (With some tagalongs)

So a while back Marvel did their What If series, and people loved it, and all was well with the world. Well one day like a month or two later, I was bored and messed around with Damian’s sprite, giving him the look of an Abyssal Grunt. 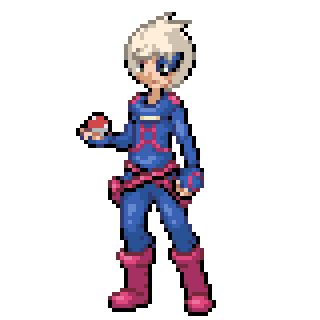 Thus, Abyssal Damian came into being. Presumably in this timeline, Audrey never left Damian with his father, and instead brought him up as her second-in-command. (As a side note, Damian’s dad is a really great dad. He supports his son, gets him a foster mother so he grows up with a female influence in his life, and - most importantly of all - hooked Audrey. What a Legend.)

From then on, the butterfly effect reverbs, Damian doesn’t clue the Abyssal Cult into your chosen status, Jaern now has Mega Rayquaza, and Malde… I don’t know exactly, but if I had to guess, Harmony may begin working with Perfection as they monitor her father. 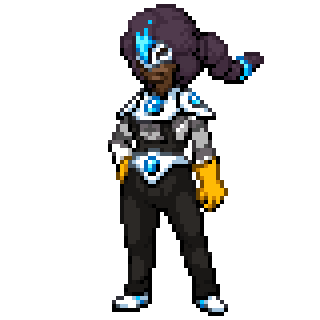 Then, at a later date, I realized something. Zekrom is electric type, and Anastasia is an electric type trainer. Zekrom is black, and Anastasia has dark skin and black hair. Making armours for pokemon really fits into using a pokemon in its Ideal form, and Zekrom is the representative of Ideals. So… Zekrom Cult Anastasia? I know Taen has Zekrom, but really he fits Kyurem more, what with the Light Blue/White colour scheme, and desire for completion.

In this scenario, Anastasia’s hypothetical cult’d probably work with Perfection to create the Zekrom armour, before being summarily double-crossed and robbed blind. At which point Anastasia would support the player in taking them down by… doing what she does in the game, and selling them armour. 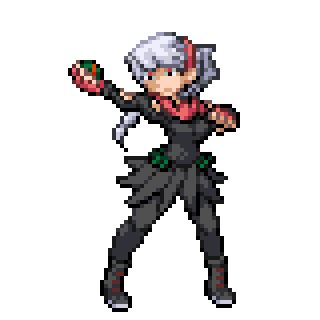 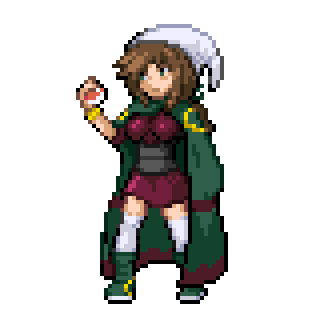 And now a 2-for-1 deal. What if Persephone escaped instead? The sprites themselves are pretty obvious. Diana becomes the Darkrai Cult Leader, and Persephone ends up joining the Sky Cult, since they’re pretty heavily anti-cult.

As an aside, Persephone’s normal outfit? Looks really dumb when you take a close look. It’s like, a deep-V dress, and then she’s wearing a red vacuum-sealed sweater underneath. And that trail that goes around her legs just looks inconvenient. And her hat? It’s 100% not a hat. I’ve made it a hat, but on her normal sprite it’s definitely solidly connected to her hair. And furthermore, the female sky cultist outfit is pretty dumb too. Vacuum-sealed and shiny, with a mini-skirt. This is the SKY cult. And they’re wearing skirts that hide nothing if you’re below them. I’m content to use this as a basis to call Jaern creepy. 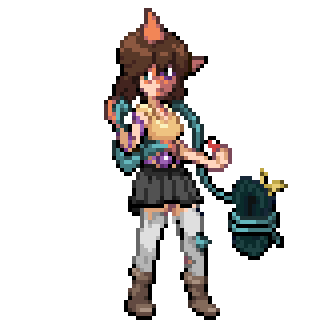 Next is What If… Damian was allowed to have an actual storyline instead of essentially being replaced be a red and cyan coloured lamp in Sonata Hills. Well, someone’d have to take his spot. And I have magnanimously volunteered Harmony for it, since she wasn’t doing anything anyway.

So… if Damian’s around to help, maybe he could actually confront Audrey in the Abyssal Base, instead of just… standing there ominously. Conversations are helpful for character progression. And then he could challenge the league, and the gyms, and go on a journey, like he said he would at the start of the game. Like, c’mon devs. In every game there’s a rival battle right before the Pokemon League, but Nora’s busy being Nora, and Damian’s busy being DNAmian in the Dream Realm. Missed opportunities, lemme tell ya… 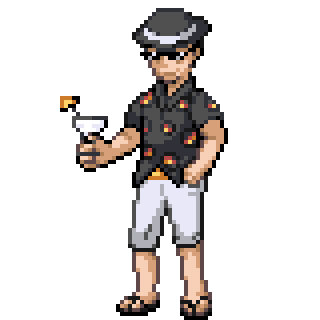 This one… isn’t really a What If. I just thought Reukra could use some time off. Spend some time at the beach, sippin on a cool drink. Granted, I’m 90% sure Taen would find some way to set the Perfection Base on fire if he went longer than a day without supervision due to his general incompetence but uh… Reukra needs a break. The perfect pokemon won’t just create itself. 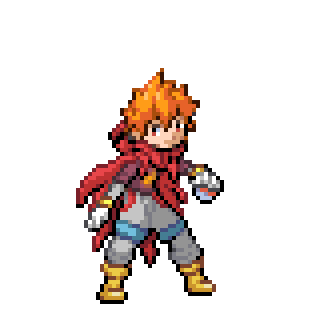 And lastly, Infernal Cult Orion. Naturally, this’d mean the Infernal Cult has Reshiram, which would lead to a clash between their forces and Perfection. In other words? Team Death Match! Anyway, in addition to his new clothes, Orion got a haircut! No more stray hairs.

Malde, with and wiithout Alien flavouring. 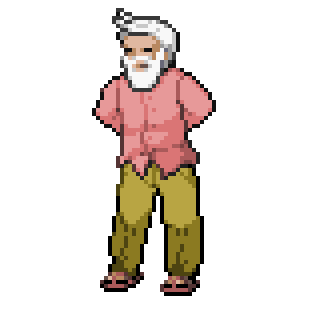 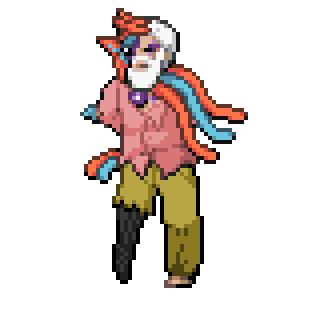 A minor Calreath redesign, as his current pose is very awkward, and - despite Mega Evolving his Politoed with a Mega Glove - does not have a glove. 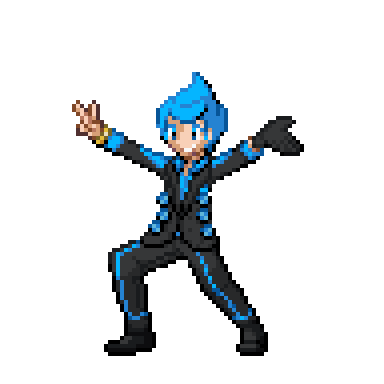 This one was just made to spite Deuk, but it’s still a funny picture. This is Nyx’s cousin… Nix. With an I. 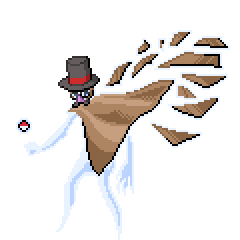 Xavier if his hair was somehow less stupid and more stupid at the same time. Also bong. 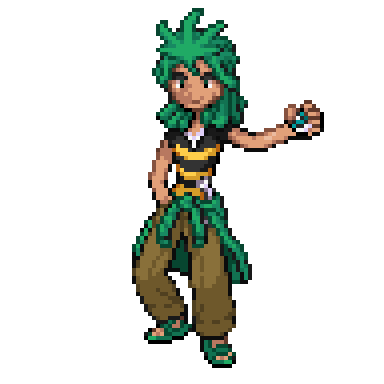 And then your friendly neighbourhood librarian Zachary. What an upstanding member of society. I don’t know why I made him a battle sprite, I don’t even know if he knows HOW to battle, being such a kind and gentle soul. 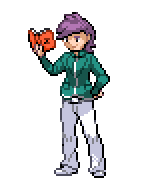 And that’s that. A bunch of trainer sprites. I really have nothing else to add. Oh! Be sure to like the post, and drop a comment down below telling me what hypotheticals you’d want to see. oh god I feel like a clickbaiting youtuber. Boro Out!