Hi! I’m bored, so I decided to do this. This is a playthrough of insurgence, but with me doing all the things possible to make it easier with little things that might not really technically be the right thing to do, but I’m doing it anyway. Expect lots of things being taken advantage of, odd strategies that make battles very slightly easier, an incoherent update schedule as I strain my brain on how to cheese a battle in an interesting way, and lots of sarcastic commentary alongside a confusing twist of events that is Pokemon Insurgence.

DISCLAIMER: There will be no hacking or cheating in any way that involves mechanics not in the game itself. I will not be modifying the game, or trading.

Oh, and I might up the difficulty (starting on easy because I’m bad) or apply nuzlocke rules or something if I start running out of things to cheese.

InsCheese1644×513 115 KB
So, to start I put on solo run for the first cheese, if you’d call it that. Most of you probably already know what this is, but it’ll be explained in a few pictures if you don’t. 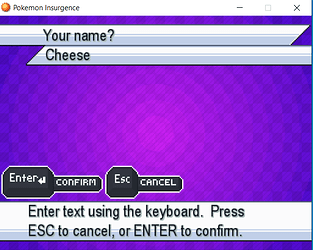 InsCheese2643×512 96.3 KB
I name myself Cheese (for obvious reasons) and pick the male character with hair that is the colour of a ripe aubergine (or eggplant, for those who live in anywhere other that the UK). 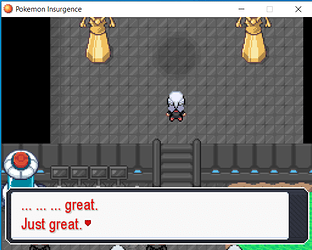 InsCheese4643×514 52.8 KB
We wake up, watch Persephone fail at doing anything, (this is traditional mode because wynaut, by the way) and escape. 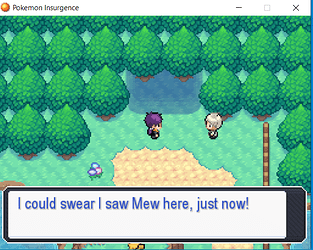 InsCheese6644×513 82 KB
We then get roped into doing tasks to impress the king, ahem, sorry, Augur by a complete and utter stranger because he wants to impress the ruler of the land when he’s just popping in to investigate a cult or something. 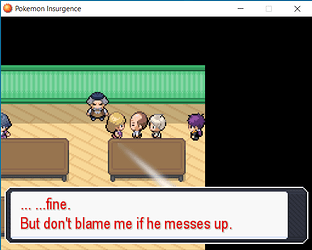 InsCheese8642×514 48 KB
Naturally, this gives his adoptive mother a chance to snap at him because he forgot to pick up a rock. I mean, come on, he’s just cleaned the streets and you’re annoyed he didn’t get a shiny rock?! Ugh… 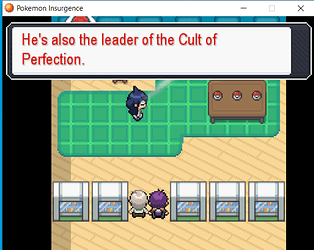 InsCheese9642×511 53.5 KB
We then get forced into the quest for the shiny rock, and go to the lab to collect our first pokemon, when a strange man is seen giving the professor 3 strange new ones. After he leaves, she casually explains that he’s a cult leader, and knowing how cult leaders can try to summon legendaries and completely and utterly fail, we do nothing. Also, wouldn’t it be illegal to be in contact with a cult leader and not tell anyone about it? I dunno, seems kinda like a bad idea. 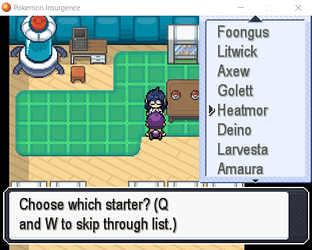 InsCheese12639×511 92.1 KB
We go to the professor to get our starter, and this is where the first cheese kicks in. Because we picked solo run, we get to choose any non-legend, non-evolved pokemon for our starter. This lets us use pseudos, deltas, anything. Now is where this post ends, however, as I’m going to let you guys choose my starter.

The main ones I came up with are spidergross, delta golett and delta deino. However, I get both spidergross and deino before Adam and the E4, and I get spidergross’ mega alongside spider metang, so using spidergross for the mega makes no sense, golett would most likely only be used to showcase it because it’s very postgame so not many people use it outside of a randomiser, and delta zweilous evolves around when you’d usually be fighting Diana. I’m pretty sure these downsides are justifiable, but I’d prefer you guys to choose.

Because we picked solo run, we get to choose any non-legend, non-evolved pokemon for our starter.

hmm any eh . i would choose d.gren …i traded that like at the start of my file and has been pretty useful

Ok, seems like I have a few suggestions. Imma make a poll in about half an hour for everyone reading this to vote in, and see what happens. I’m giving everyone half an hour just in case you have any suggestions that you haven’t put in. (Personally, I think spidergross would be the best because of its low evo level and how it should theoretically destroy Orion, but this is your guys’ vote)

No moves, hello? You gonna struggle with Midna Mine and Trainer School.

Not if I outlevel them by about 30.

Uh…so you’ll struggle up until 30?

Yeah…will you struggle all the way up? And plus, your mon won’t obey you at all.

Could’ve sworn my level 30-something delta charmeleon obeyed me before Orion.
And I won’t be using struggle strats, Aj2005. Not unless I absolutely have to.

Meh…if you wanna torture yourself, I cannot stop you.

Obedience is only if traded. But still, only using take down, what if you run into ghosts?

Spider Beldum has its own moveset on the wiki, does it not ingame?

AHA froakie to the win

The voting is close everyone has conflicting opinions lmao

Also, I really just wanna see someone use Daru, it’s so forgotten.