Character Description: Magne is a girl who hails from the Unova region. She’s described as a generally friendly girl, who explodes with passion for anything related to Electric types. She has an attachment to her previous five Joltiks- one of which evolved recently. After jokingly mentioning that she wanted to try her hand at battling, she somehow ended up with the offer to become a Frontier Brain for the Torren region.

She doesn’t seem to know the meaning of ‘personal space’, and jumps around in people’s faces a lot. It really takes a lot to knock her off her consistent happy mood, the only way is to purposefully insult any of her Joltik. Even when she’s beat, she’s still creepily upbeat about the whole thing, promising to become stronger so she doesn’t have to feel guilty about her ‘precious babies’ getting hurt.

Her entire outfit is slightly based off of a Joltik, very fluffy and yellow. Her hair is always slightly messy from accidental discharges of electricity from her Joltik. As of now, she’s currently 16, and it really does show with her sort of childish and brash way of dealing with things.

For whatever, peculiar reason, she’s afraid of shiny Pokemon. Nobody really knows why. She just is. There’s not many things that she dislikes, the only thing of any real note is hot, muggy weather and bright shades of green.

Magne is allegedly behind the reason why all electrical equipment is now locked up, simply because her Joltik kept on getting loose.

Art/Design Examples (If any): (sorry for low quality woops) 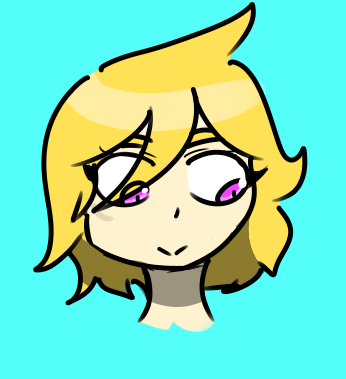