Character Description: Carl, a descendant of a great king. Confident and proud of his heritage. Thinks he is worth more than everyone and valued more than others. Selfish, and dark hearted. He feels the player is intruding on his dynasty and wants the player to leave. This causes the battle between the player and Carl. Carl uses straight up brute strength, with a lack of strategy, with only a few setup moves, and his bulky Cofagrigus to balance out the glass cannons that provide the bulldozing power.

Carl is an mid 40’s trainer. Dark Brown / Jet Black hair. Long Mohawk, mullet Esq hair cut, dreaded at the back. His beard covers most of his face, with plats in the goatee. Relatively dark skin and these piercing emerald eyes, with minimal clothing. His only clothing is a cloth with a resemblance to his Lucario’s cloth colours, but more like a roman cloth/tassels. No torso clothing. Large amounts of Gold Jewellery that has been handed down from generations, these will have various Gemstones within, ranging from Ruby, Saphires, Emeralds, Diamonds etc. giving him the sense of power he feels he deserves. Finally a wooden staff in his right hand, similar to Agatha’s walking stick. With a pokeball at the top.

I’d rather have the pyramid to work in the opposite way to Emerald did, so going down and descending into the ‘tomb’, surrounded by all of his ancestors trinkets.

Art/Design Examples (If any): See Character Description for ideas.
Here is a pose style, that may be implimented: 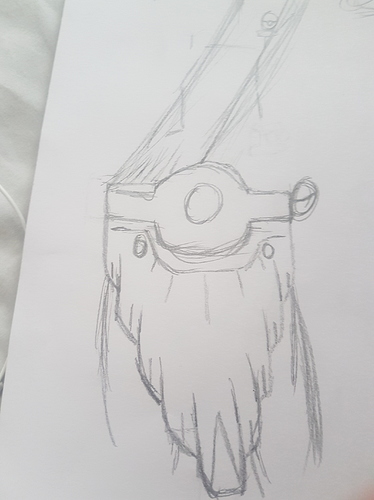 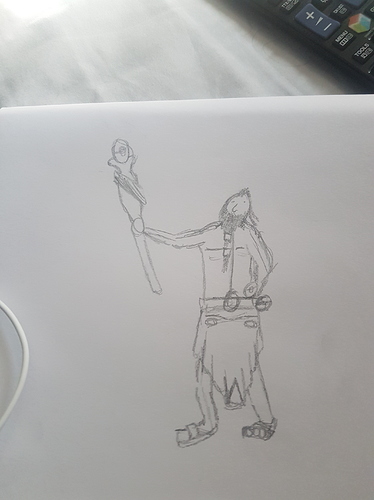 PS.
These are just some simple sketches, however you get the idea.

If anything else is need please let me know and I will re upload it.