Character Description: Born and raised in Unova, Aidan recently moved to the Torren region after getting offered the Frontier Brain position.

Aidan is a lithe young man standing at 178cm and 60 kgs. His bright red hair is natural, inherited from his mother. He’s easy to pick out of a crowd because of the fact he’s practically all leg and towers over mostly everyone. His eyes are a muted shade of murky blue. Aidan’s body type is rather lanky, although he is shown to have a generous amount of muscle underneath his clothes.

Aidan’s personality is his type specialty — fiery, hotheaded, and just overall bright. Although coming off as your typical juvenile delinquent, Aidan has shown himself to care greatly for the wellbeing of others, often recklessly throwing himself into situations to save his friends (or Pokemon). He’s known to be very straightforward and charismatic, a typical tsundere, and tends to go shy and blushy when he’s given compliments. Generally speaking, he’s a very lovable boy who sometimes lets his emotions get in the way of his logic. Aidan regularly showcases how dense he is in dealing with other people who aren’t himself (he assumes others to be alternate versions of him, leading to his obvious frustrations when things don’t play out how he expects them to).

In battle, Aidan is cocky — he knows his team could decimate anything you throw at him. He’s very confident in his ability to fight and loves to taunt his opponent during the fight. When the tables are turned and Aidan is losing, he usually starts to panic and begins sweating profusely. Despite this, he still battles his hardest 'til the end, finding great joy in the heat of battle. Usually, nobody poses much of a threat to him.

http://pokepast.es/5f2b4a5de70c6a31
I made this team for fun with the help of Twich and Cheese! For convenience sake: 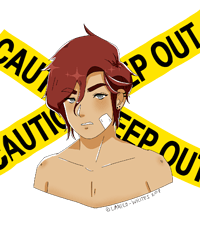 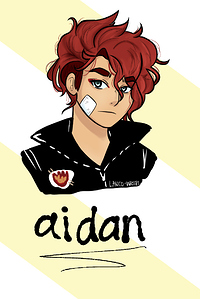 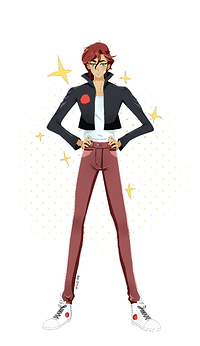 Cool concept, thanks for the submission!