Using half of Duskull’s mask and taking inspiration from Musharna’s cloud things. I present to you my Delta Xatu! 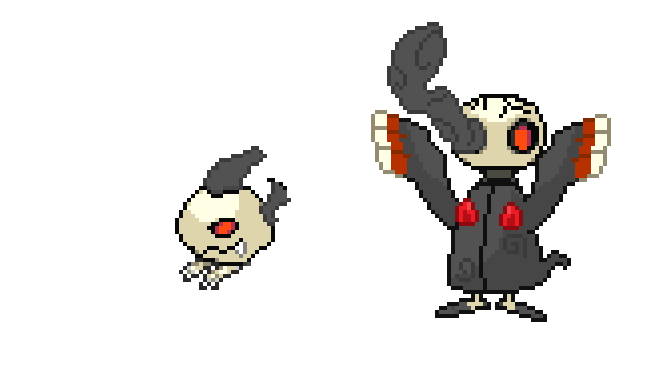 I still have the feeling theirs things 2 add so plz give me some idea’s!

A Delta needs to have resemblance with the original Pokemon. When I saw those sprites I was not able to figure out that these where Natu and Xatu Deltas. You should probably start off with the original sprite and change from there instead of starting from scratch (at least that is what I do).

The resemblance is better, now focus on the sprite itself. The black outline is very hard, especially on the white parts of the body, you should tone them down a bit.

Next up is to work out the shadows on the sprites, the smoke is not very detailed, do not have any shadow and the lines in the smoke are kinda weird.

Hopefully this gets your anywhere.