Hey, back again with some shark frens 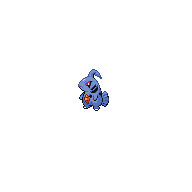 Not much to say, I think it looks kinda cute 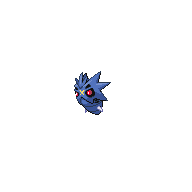 ;-; ;-; ;-;
Why does this pokemon exist? It looks nothing like the rest. My first idea was maybe turn it into a big shark fang, but it looked ugly as hell, so I settled for this. 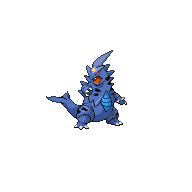 I think this one turned out cool! I had no idea how to shade the new tail tho lol.

It’s pretty solid conceptually, but it doesn’t feel like a lot is changed. Larvitar’s got the cool gills, there’s a yellow smudge on its head reminiscent of Sharpedo, its tail is shorter, and it’s got a bent head-spike thing. But I feel like that could be taken further. The head spike could’ve been turned into a proper dorsal fin, and the tail could’ve been extended into one similar to tyranitar’s.

As for Pupitar. Again, the gills are cool, but the yellow smudge and the slight extension and discolouration of the spikes feel… lacklustre. What IS the yellow smudge? Is it purely a callback to Sharpedo?

As for Tyranitar, the tail is really nice, as are the gill-hole-things. But the head fin is very… awkward. Its positioning and shading could be done better.

Still though, the gills and the tail on ttar are really well done, I just think maybe you could’ve spent a bit more time on the rest of it.