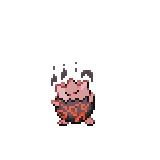 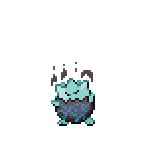 Types: Fire/Rock
Ability: Flash Fire, or Magma Armor
Pokedex: Legend says a Togepi egg was forgotten in a volcano, and when the Togepi hatched, it absorbed the fire properties of the volcano. It stopped the volcano from erupting, but it was furious for it’s previous trainer for leaving it behind. 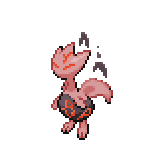 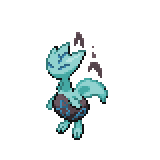 Types: Fire/Rock
Abilities: Flash Fire, or Magma Armor
Pokedex: The longer it spends being angry, the more it slips out of it’s rock shell. The more it climbs out of it’s shell, it reveals smoke from it’s rocky armor. 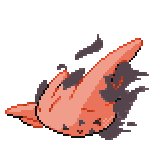 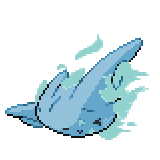 Types: Fire/Rock
Abilities: Flash Fire, or Magma Armor
Pokedex: Once it was released from it’s shell, it morphed into a new form, dashing through the sky faster than light. Wherever it goes it leaves a smoke trail that burns to touch.

So, what do you think? Please leave a comment down below and tell me your opinions and thoughts on this idea for a Delta Pokemon! All feedback is appreciated.

This is amazing. Looks like an actual Delta from the game! Good job!