Alright, I made this delta species because Mightyena is a favorite of a good friend of mine, and I wanted to at least post an idea of mine here, hopefully you all like it! 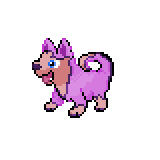 Dex Entry: An adorable Pokemon that acts friendly until a careless victim falls for its cute demeanor and its toxic fur. 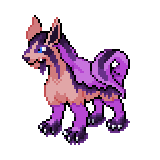 Dex Entry: Delta Mightyena are not even aware that the toxins that secretes out of its fur are really there! Because of this, they tend to make large amounts of messes without realizing it. 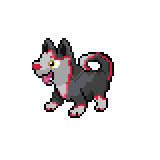 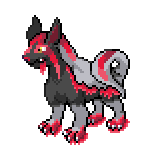 It has been a long time since the last time i invested in sprite work, critique it and tell me what i could do to improve it, or if it is good, then i thank you for the compliments

Edit 1: I have gone ahead and changed the look of the tail, added more lining and areas where the poison would be, changing the look of the poison, along with adjusting the toxic puddles under its feet to be smaller and affecting the paws as well, giving it a more stained look
hopefully this version is better

The tail of Delta Mightyena looks weird. A bit too long. Also the sudden color change from the torso to the legs is weird. Idk if it’s just me, but the “toxins” secreted looks like dead bushes.

I’m not an artist, just trying to give constructive criticism

Alright, thank you for the criticism, I will see what i can do to change it, not tonight though, too late

I have edited mightyena, hopefully it looks better than it did before

the purple lining, or in this case the red lining in the shiny, is the poison part, it is meant to be a hidden surprise if that makes sense? but if you have an idea that would make it better, i am up for it

alright, i will see what i can do

I love him and the shiny is amazing im already like mightyena. I really want mega or evolution or regional form