I know that delta phantump is found at mount rose base but i cant figure out where. I couldnt find any grottos there either unless i missed something. Where can i find it? Also is it possible to get the starter that my rival chose? 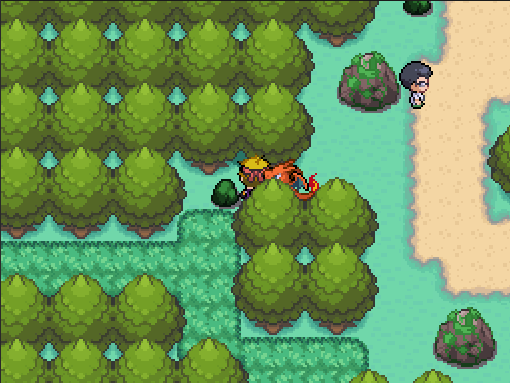 As for starter, you can get it post game after completing side quest.

You need to cure Damian from his Deoxys thing. If you want it really badly check this out: https://forums.p-insurgence.com/t/how-to-get-all-3-delta-starters-at-the-start/15433

But when I talked to Damian in the dream realm, he only handed me Shaymin.

Weird. He gave me both. Although it was some while ago and also I used like 1.2.1 patch or so. Could be bug. As I have heard you should be able to get every pokemon through your game play.

Yeah probably a bug. I think I was using 1.2.2 that time and he talks about delta breeding and he gave me an egg but the problem is, there is no egg received from him only shaymin.

Have you checked your PC storage?

Yes I did. And it happened a long time ago so I didn’t care too much until now that I know that is actually an Egg of a Delta starter. Oh well, looks like i’m going to get one in a trade.

but which side quest?