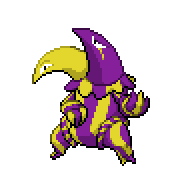 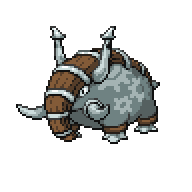 δHeatmor, Psychic/Dark type. The Shenanigan Pokemon. Half schemer, half delinquent, all trouble. Ability is Prankster, and movepool would likely include all the standard prankster-y stuff. Swagger, Foul Play, screens, etc.
δDonphan. Believe it or not, I made this BEFORE Scarlet and Violet had their takes on “Donphan at a different time period”. So basically I’m a prophet or something. Ground/Steel, its ability is Steadfast, with an HA of Weak Armour. 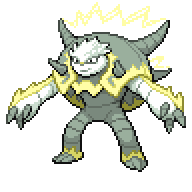 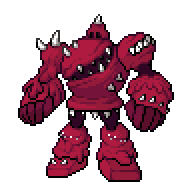 δChesnaught, Steel/Electric Type. The Conductive Pokemon, its abilities are Lightning Rod, Volt Absorb, and a HA of Motor Drive. Made for switching in on electric type moves and not much else. Maybe don’t look at it too long, clean shaven chesnaught is uncomfy.
Then δGolurk, Dark type. It’s the Flesh Golem Pokemon. Featuring too many teeth, too much flesh, and WAY TOO MANY mouths. Was really just me experimenting with the sloughing solid texture. Ability is Unnerve with an HA of Gluttony. 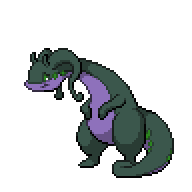 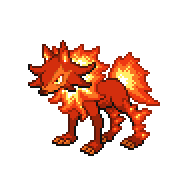 δGoodra, the Moping Pokemon. A pure Dark type, its abilities are Rattled and an HA of Gooey. Its pre-evolutions would probably have Slow Start or something just to really drive home how depressed this Pokemon is.
δLycanroc is a Fire type, the Spitfire Pokemon. Let it be known that setting dogs alight is not something I do often. But when I do indeed do it, it’s dope as hell. Flame Body, Magma Armour, HA of Speed Boost. 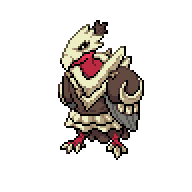 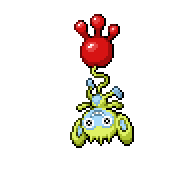 δMandibuzz is a Dark/Ground type. It cannot fly due to its weight, so instead it’s simply become a regular juggernaut. A scavenger with armour that helps it to ignore smaller scavengers attacks as it picks its meal clean. Fittingly, its ability is Battle Armour, with an HA of Steadfast.
δAipom is the Balloon Pokemon, sharing this classification with Igglybuff, Jigglypuff, Wigglytuff, Qwilfish, and Drifloon. Its net density is JUST over the density of air, which lets it keep afloat for a very long time. Its ability is Levit- lol no but could you imagine? A pure flying type with Levitate? Anyway, its ability is Delta Stream because I think it would be funny. 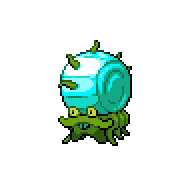 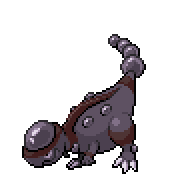 δOmastar, Ice/Psychic. It’s the Interstellar Pokemon. Ability is… some Bug version of Steelworker. Bugworker. Hiveworker. Hiveminder. dunno.
δRampardos. A Psychic type, it is known as the Zen Headbutt Pokemon. It learns exactly 2 moves, Headbutt and Zen Headbutt. So hopefully it doesn’t run into a Sableye. In return for this… INCREDIBLY meager movepool, it gets Huge Power. idk how this would affect the metagame but it’d be briefly funny and that’s what really matters. 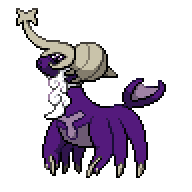 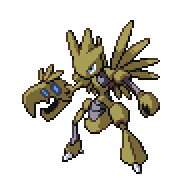 Bug type δSamurott. Really don’t have much to say about this one. It’s a Bug Samurott. Being the Arachnid Pokemon it, of course, gets Sticky Webs. Ability is Swarm with an HA of Intimidate.
δScizor is a Ground/Fighting type with the abilities Levitate, Weak Armour, and an HA of Speed Boost. Very much a glass cannon, I don’t even think I’d give it a pivot move. No u-turn, no flip turn, no parting shot. Just eq, cc, and a dream. Oh and it’s the Imbalance Pokemon. 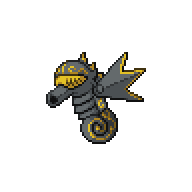 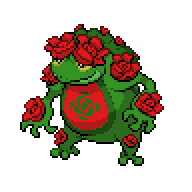 Pokemon (yes the emoji is a part of it), is a Steel type. Its ability is Speed Boost. It also learns Gyro Ball because I’ve decided it does! Don’t use gyro ball.
δSeismitoad is a Grass/Fairy type Pokemon. A decidedly bulky fellow, it is known as the Big Rose Pokemon. This nickname puts it at a solid 2/3 of Team Rose from Sonic Heroes. Unfortunately referring to a frog as “cream” is a bit…outside my comfort zone. Its abilities are Chlorophyll and an HA of Flower Veil. 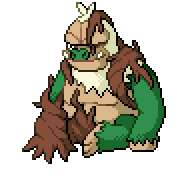 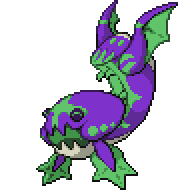 δSlaking is a Grass type known as the Overgrown Pokemon. It cannot actually stand up as an arm and a leg have been consumed by the tree it is bonded with. Luckily, it doesn’t seem to mind. It’s got a custom ability, named Rooted. It’s always ingrained, so it recovers 1/16th of its health at the end of every turn, cannot switch out, and has every other facet that comes with the move Ingrain.
δDracovish. Imagine, if you will, a scientific mistake, whereupon one careless archaeobiologist creates an affront to Arceus. Now imagine if a SECOND scientist comes along and MAKES IT WORSE. Well that’s δDracovish. Poison/Flying, it’s the Living Is Painful Pokemon. Its abilities are No Guard, Wonder Skin, and an HA of Poison Touch. 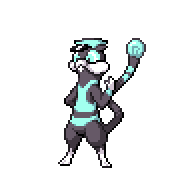 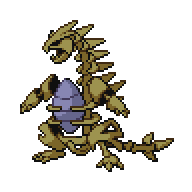 δWatchog is an Electric Type. Known as the Enforcer Pokemon, this futuristic rodent is responsible for law enforcement in the future. Thankfully, this is a morally incorruptible cop, as all δWatchog live for nothing more than serving the common interests of the people. Also their tails light up in the dark!
And lastly, I Killed Tyranitar. It can’t harm you anymore. It is Dead. Weather Wars are over. To NU it goes.

And that’s all for now. Probably. I think there’re still a couple deltas in my reserves but like… c’mon. It’s been almost a year. Take what you can get.

Glad to see a new Dump!