Here’s the final versions of Delta Deoxys! I’m not entirely satisfied with the alternate forms (and yes, there’s no attack form since I ran out of types xP Let’s just say genetic manipulation of a DNA pokemon was really difficult), so some suggestions on those would be much appreciated! 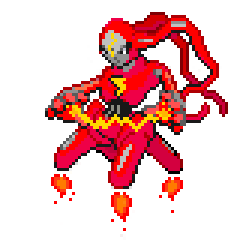 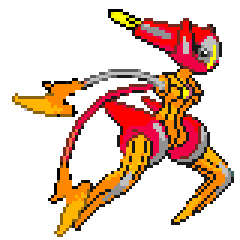 On the defense sprite, the arms are supposed to be two bands. I think it might be more interesting to twist them together, similar to the original deoxys but bulkier with no space in between. Also I wouldn’t connect the arms. That just doesn’t make much sense.

The first and third sprites are very cool though. I especially like the third.

Maybe you could change normal form Deoxys to pure Electric and have its other forms be different types? Like Fire, Water, and Grass maybe?