I got bored and tried making some late-night, mediocre, sprite edits and ended up coming up with this; I hope that you like this concept. The designs are just placeholders, I’ll try reworking them at a later date, but here’s an early version of the thing so that this post doesn’t get smited.

This Delta is based on the idea of a classic ghost and a mysterious figure which you would see in a mist-filled Ocean, if you were to become lost, deep in open waters, and slowly began to lose your sanity. This idea stays fairly close to Darkrai’s original concept, which revolves around its very presence infiltrating your mind and causing nightmares, which in this case translates into those nightmares transcending the dream realm and enter the real world, as you watch an ominous presence’s silhouette, far away in the mist, which induces paranoia in you.

The way you would go about finding Delta Darkrai would be by going through a post-game mission which revolves around a ship going missing in the Misty Way, and near Mist Island. I personally feel like Misty Way would be the perfect place for this pokemon to be found, due to the fact that Mist Island is already dedicated to Latias and has ties to the Lati Duo, with their mega stones being found there.
On top of all that, I feel like seeing Delta Darkrai levitating on top of the water gives it a more threatening impression, as it could suggest biblical connotations, which only makes it creepier when it tries luring you to your death.

•Pokedex Entry•
“Believe to be a mutated form of Darkrai; this pokemon is common in stories shared by sailors, who have been unfortunate enough to encounter it at sea. It is said to only appear during extreme fog, its vaguely humanoid silhouette acts as a lure. It has been reported that it becomes more difficult to breathe, the closer the sailors approached towards it. If one is to venture close enough to see what lies behind the silhouette, it is unknown what happens to them; all that is known is that they will never be seen againl; dead, or alive.”

The Shiny form of Delta Darkrai gives its appearance a more logical look, as its blue tint actually resembles water more than the regular form; maybe the two can be switched, but that doesn’t really matter.
Its color palette takes inspiration from the aforementioned water, and a basic ghost, as depicted in cartoons; as they tend to be shown as either blue of white.

•Ability•
Euphoric Steam
When Switching in, the opponent get a warning. They become lazy/disoriented on the next turn. This would work like the move “Yawn” as in the opponent getting the warning that they pokemon will fall asleep on the next turn from them being drowzy. While Lazy/Disoriented, the opponent has a chance to loaf around/Disobey their trainer, essentially wasting a turn. I guess that this can be more efficiently done by just making the opponent confused after the first turn this pokemon was sent out has passed.
•Hidden Ability•
Mist Veil
If it’s raining, Evasion is boosted by 1.3x. This also applies to heavy rain.
•STATS•
Health Points: 125
Attack: 80
Defense: 100
Special Attack: 135
Special Defense: 100
Speed: 126
•Moves•
This Pokemon Should be encountered at at least level 100, since it’ll be a post-game event, and it would be a future update, meaning that most players wouldn’t be too overlevelled, when facing it; so it should be able to have any of the moves listed in the list below.

Well, that’s about it for now; stay tuned for any future sprite updates or ideas. 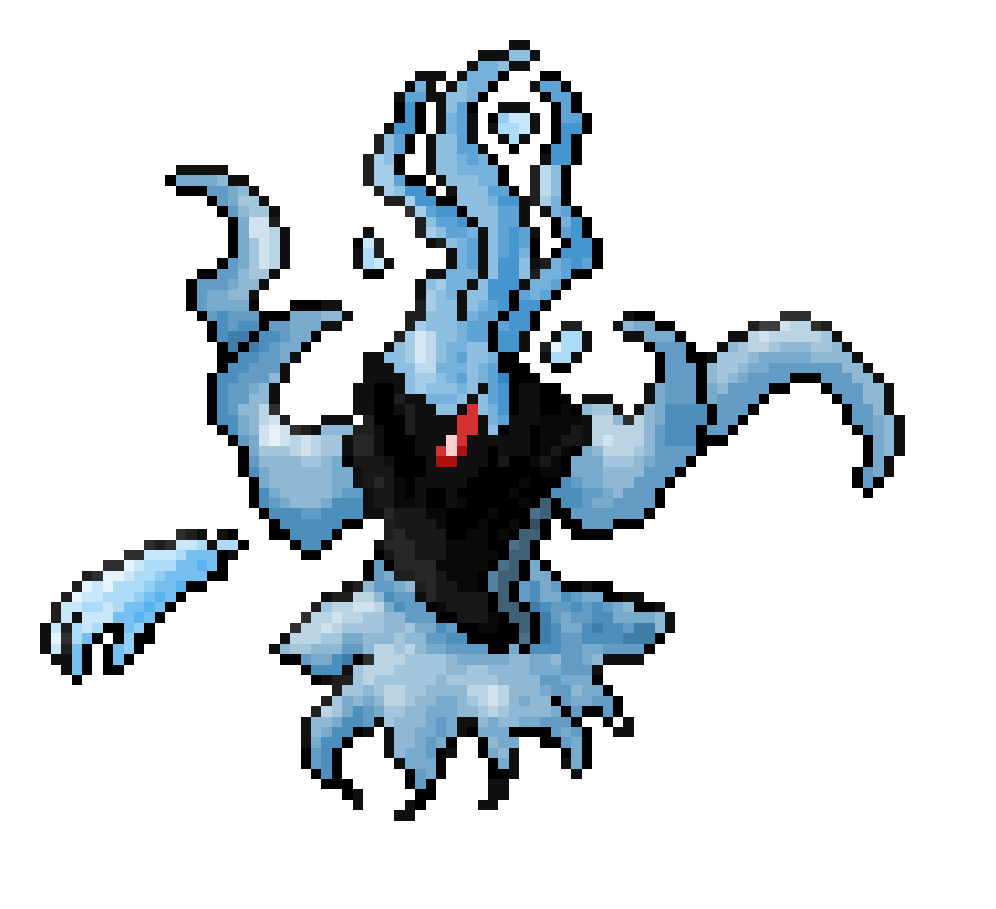 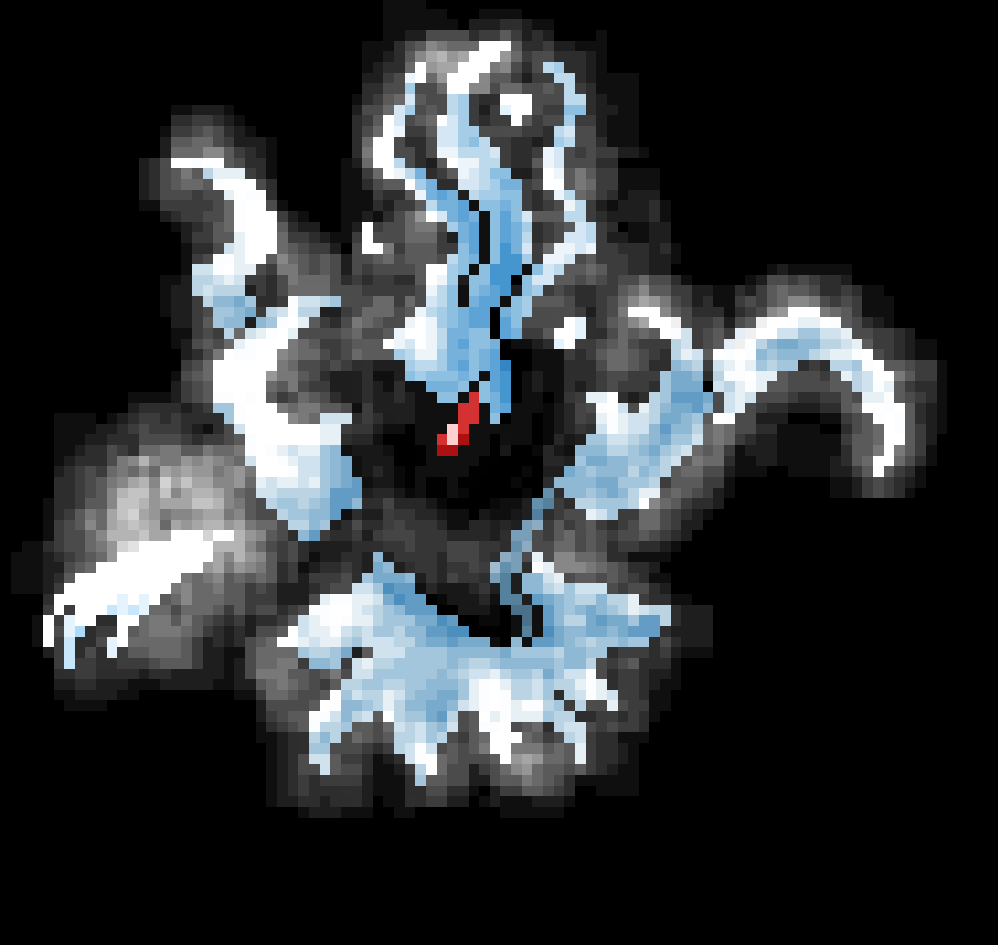 I like the concept. On the other hand, your design update has me a bit confused; is it a Steam or Mist Pokemon? If it’s the latter, have you considered making it Ghost-Fairy type and giving it Misty Terrain?

Misty terrain would fit it well; I guess that it should be able to learn the move; I called it “the mist pokemon” because of how it appears in mist, which is basically just steam, so it doesn’t really make a difference. Going further with the idea of misty terrain; I guess that mist veil could be changed so that you get increased evasion (probably 1.5x) when misty terrain is up.

I’d stick with Water/Ghost as a type, since making it fairy type really doesn’t match its backstory and Ghost is much more fitting.

Thanks for the feedback

Ah that makes sense. Still, it looks really cool! I’d want that on my team.