I realized that this looks like a Cubone and Charmander Line fusion. Please give feedback on how I could set it apart. Edit: I have edited all the sprites with this new version. I put a photo of the mega in the comments. That is not how it will look at the end. I know that but the devs says it’s ok as long as it is different typing.

I think 1 way you could differentiate it from the Cubone line is by not using the cubone line in the sprite. For the love of god, if you want it to look unique, you have to make it uniquely. Don’t just make fusions and sell them as a delta. That’d be lame. Imagine if you saw a Cascoon with a duskull hood marketed as a new “delta cascoon”. It’d be stupid. So try to look up some guides on how to make textures and shapes so that you can make your own original skull sprite. And if you need it, I’m sure the discord chat would be more than willing to help.

Ok thanks for the help. I am trying harder with the Mega Delta Charizard to make it look more unique and different.

I will remake the Delta soon when I have more time.

What do you think of the mega? I remade the Deltas.

The sprite itself still has that uncanny resemblance to the Marowak line- because you used parts from its sprites, of course. And while it’s advertised as a Dark/Ground type… I’m not really getting the Dark type vibe from it, even though it has the horns. Maybe try for a black or dark gray base color, with the sand still dripping off?

The Mega, while it does look to be mostly custom, just doesn’t give me that Pokemon feel that other sprites would. It seems… rushed. I think it’s mostly the color of the outlines in certain areas, the shading, and the line designs on the skeletal parts of the body. The line designs look a bit thick, while normally in sprites, instead of blocking over with up-and-over directional strokes, they connect with more diagonal 1-pixel lines.

Thanks for the help. I also want to say that the skull head isn’t a Cubone head. I made the skull from scratch while using the Cubone skull kinda like a muse.

The skull is kinda inspired by a cow skull. 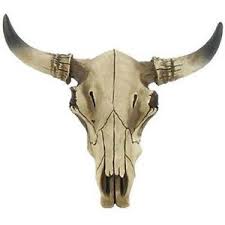 The main reason the sprites aren’t the best quality is because I use Microsoft paint. Today I got Asesprite. Which I hope can improve the way I make Deltas.

“Stop it, get some help” - Micheal Jordan

I agree with TheDarkNinja, please stop necroposting and please be more reasonable.

It is annoying for those that made the post due to it being old and such.