Now these are some things that I made. Look at it. Wow. These are my first sprites, so feedback is appreciated. 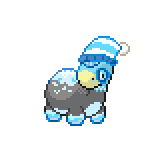 Numel is Ice/Rock and it’s abilities are limited to Refrigerate, Hydration. Intimidate is a hidden ability. It’s species is the Tiny Tundra Pokemon.

Dex entry: A Delta Species discovered by Dechozen101. It is very timid and generally stays out of harm’s way. It needs plenty of water to grow the ice on it’s back and is heavily dependent on others. Alone, it stands no chance against it’s harsh environment nor the predators inside it. 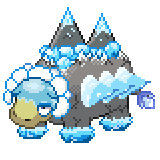 Camerupt is Ice/Rock and it’s abilities are Refrigerate and Mold Breaker, with Intimidate as a hidden ability. It’s species is the Icicle Pokemon.

Dex entry: “It appears and acts fierce, intimidating foes by shaking the ice spikes at the side of it’s body, but it is a very gentle pokemon, cuddling with those it trusts. It uses it’s spikes to hydrate it’s young.” 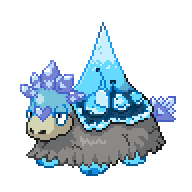 Dex Entry: “Camerupt’s mountains converge into one solid ice spike. This is to provide a low enough temperature to form crystals on it’s head and tail to scare off enemies, but it also provides a great amount water for it’s young after the spikes on it’s side shattered.”

The shinies will be coming soon. Maybe.

EDIT: Decided to do some small tweaks so they could look ok for an fangame that I am apparently a part of now. Neato.

Well nevermind looks like I’ll be making Numel because Granstafer said I needed to show like, a full delta line to get artist on the Discord >:'T

Looks really good! Can’t wait for the numel to be made.

Oh shit is that a GLORIFIED RECOLOR!?

now you got to do a mega of it

I like them, but the sprites look too similar to the original IMO. Yes, I see that you’ve made a lot of small edits, but the shape and face look a bit too close to the original. I feel if you edit the face a bit (honestly not sure how) it would be more original

I may eventually try to make this look more original and do some final edits when I am done with the mega. 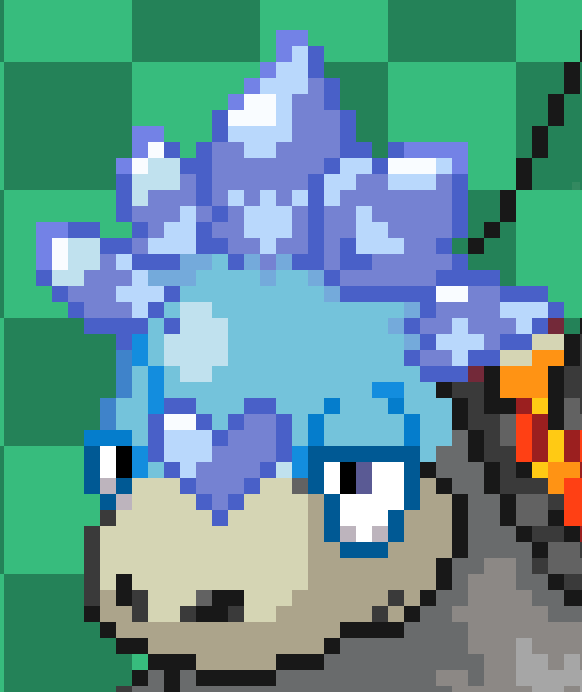 The mega is getting somewhere. 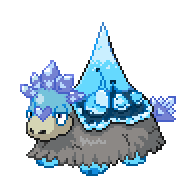 Somewhere has been reached. I’ll work on fixing the previous deltas and then I’ll be taking a break.