Can I get all delta starters if I chose eevee?

I chose eevee as my starter, but now I want all of the pokemon and I cannot find a way to get all of the delta starters. I put 250 hours into this game; it’s extremely frustrating that a decision that I made in the first 5 minutes can completely screw me over now.

Yes, you can, in the post-game. Well, you can get two, I think. The same with choosing any of the other starters; you’ll always be missing one. You either have trade to get Eevee or one of the Deltas, but you can’t personally obtain all of them.

You can get all starters in postgame, at least if you chose one of them originally, don’t know about eevee though

Okay, just checked the Wiki. Looks like I was wrong the first time.

You can in fact get Eevee besides as a starter, if you either visit the right Safari Zone or check the Game Corner rewards the right day. Looks like you can only get one of the Delta Starters though.

You get one starter from beating Sylvan post-game, and another from Damian (specifically, you get the one he picked, so it doesn’t work if you chose Eevee.) 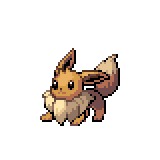 Eevee is a Normal-type Pokémon.

Nope, you are completely screwed if you don’t pick a delta starter. That would have been nice to know 250 game-play hours ago. Luckily someone traded me that other starter.

Wait wut is with this thread post? For ur info u can get ALL three of them if u chose eevee, just defeat Sylvan post-game and she will give u all three and 3 mega stones for them as well.
Imma quote the wiki: " After defeating the Elite Four, the player has the opportunity to battle Professor Sylvan. Victory will allow the player to obtain the Delta starter that was not chosen at the beginning of the game by the player or Damian, or all three if they initially chose Eevee, along with their final evolution’s respective Mega Stone."

Have you played the game and chose Eeevee as you starter?

I chose Eevee. I defeated the professor. I got one starter. I promise you, you don’t get them all.

My Pokedex said that I never even saw a Delta Squirtle. I reread the walkthrough multiple times. Although it does say that I have a Delta Blastoise, which is impossible since you can only get that by evolving. Something got screwed up.

Huh. Turns out I missed that. It does say that on the Wiki.
But based on @casedinlight2’s experience, I’m going to say the Wiki is wrong. It hasn’t been updated in a while.

The wiki is often updated and monitored i assure u, even the mystery gift wiki update regularly, better send a notice to the devs cuz I think its a bug and its not wut they intended.

Can u tell me the date or when did u beat Sylvan?

Did she told u u can only pick one? If there are no dialogue mentioning u can ONLY PICK 1 then high chances are its a bug

I got one. There is a ball sitting on the table that I can’t take.

Suggest to contact @Levi506 since he has a discord and he is an online moderator, here is his discord tag: Levi506#2895

This sounds like it was the result of a bug that has been known where there was an update or behaviors in the game where it would set the wrong starter as being picked from what was actually picked. While I personally can’t do much to help you. I would recommend utilizing the discord or forum community to get the starters traded to you. If you can’t find anyone who is willing to help with that, I will bump the issue to someone who can.

Told da its a bug, anyways since u got someone to traded u the deltas u were missing i guess problem is solved. Adios!