ai treats fake out as a normal priority move. When faced with a foe faster than them, they will spam the move and consequently die.

if approached from the left in vipik town, damian will walk through the player

no documentation on the dexnav in (or out of) game. If it does not behave like the Oras dexnav, no info on this is provided. if it does behave normally, it fails to display the stats of the nearby pokemon, and does not indicate the number of pokemon seen per species.

when highlighting the “BAG” option in battle, pressing Right will push the selection down to run. nowhere else in the game is this quirk of the menu present.

the graphics for the move shadow ball are too far to the right.

options do not save independently of your save file. Although the game says it saves your options, in truth they will revert unless you load a save file and save the game.

The light desaturation effect on your selected move or pokemon is extremely mild, making it nigh-impossible to see what move is selected especially considering each move is a different color. A simple black arrow or border would be immensely helpful.

As is, this lack of contrast will cause the player to get into the habit of “checking” their moves by pressing the buttons to navigate to that selection, even if they are already over the button. When combined with the menu quirk 2 lines ago, this causes the player to occasionally run from a pokemon they intended to capture.

volume of main menu is unaffected by volume settings. either that or it’s eardrum-poppingly loud.

telnor cave has an item using the fossil tile as its sprite. It can only be picked up while standing ON the item, and the item does not visually disappear after this.

after healing by nurse in cyan cavern, a whismur will always appear when heading south. this particular whismur has no battle music.

the first mission for the scientist club - involving stopping all the escaped pokemon - automatically sends you to the capture area with no mepthod of escaping until the mission is done. even if you have no pokeballs.

I’ve seen a few others.
Seen the AI use Hyper Voice while they have a Life Orb on them but it doesn’t do recoil damage.
AI can also immediately use Last Resort even if they didn’t use their other moves.
And you can get locked into position in the 7th gym if you talk to the gym leader from the right side (no clue about the left side) and there’s nothing you can do to get free.
Also for some reason I can battle Latias again even after I caught her.
The AI is locked into Outrage cause of Choice Band, I switched to a fairy and then they could use Earthquake after it.
Edit: An NPC send out a poke with Illusion and it said the right name, kinda ruins the point of the surprise.
And another major one: if you send out Primal Kyogre after a Primal Groudon is out so the weather should become rain you still can’t use water attacks since it also acts like Desolate Land is in effect.

they must have called up the same script for choice band and outrage-clone moves, and then terminated that script at the end of the move.

and JESUS. thanks for the warning about the 7th gem. Can you imagine if you did that with autosave on?

You’re not even allowed to backup your save files for this game without getting banned from pokepon, so that’s not even a solution. 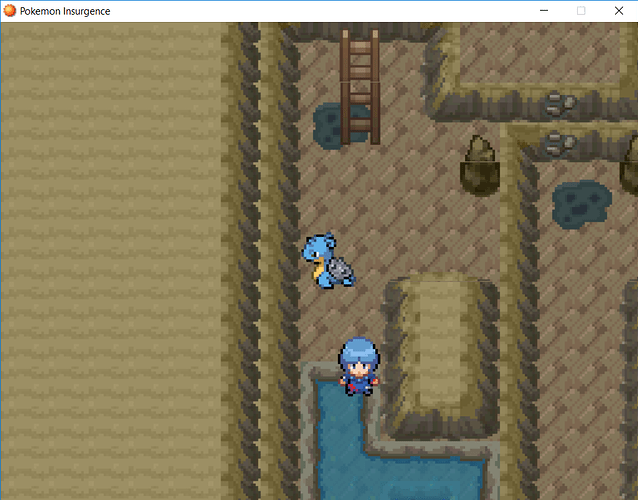 In the whirl islands, you can lure a grunt onto the water, get onto the dry land, try to surf inside the grunt, get stopped by their dialogue, and surf on land.

I have found some:

Power Anklet does not passes the Speed IV in breeding while holding (just get random IVs).

There is not the TM12 Taunt

The Red Card item simply does not do anything in combat.

In the battle vs Kyogre and Tentacruel when you only have one pokemon to fight, you do not have the option to take it out, it stays bugged and kyogre starts to make attacks but they all fail because there is no pokemon and you get stuck in an infinite loop, you can only restart.

When you use a Gardevoir with Trace (I do not know if it happens the same with other pokemons with Trace) against a pokemon with protean ability and use an attack it will change type of gardevoir but the icon will appear as if it had mega-evolved, then when leaving the combat the sprite of Gardevoir walking behind you will disappear and that gardevoir will have the fully functional Pixilate ability (this will be fixed using the ability capsule)

Guys report this under https://bitbucket.org/PInsurgence/insurgence/issues?&sort=-created_on instead of putting them all here.