These poor sheep have lost all their electrical energy now they’re just a bunch of lethargic sleepy sheepie.
This normal type mutation was gained due to their electricity being stripped away by electromagnetic waves.

Main Type:Normal
Ability:Comatose/Traunt HA: Fur coat (all Evos)
For those of you who don’t know yet Comatose is a new ability that will appear in the gen7 games, this ability prevents all status conditions excluding sleep. 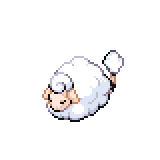 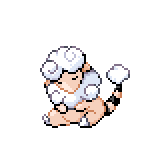 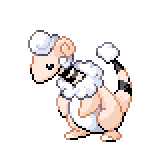 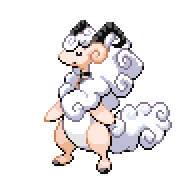 damn this line is really cute

I would make this Fairy Personally, normal doesn’t seem to fit for mega Ampharos since it’s a special wallbreaker

meh, too many fairies. I like the idea that this is a normal type for the sake of the drawing, not for strategy or stats.

I could see Delta Ampharos being a pretty good physical tank, especially if it keeps Heal Bell.

Taking supereffective hits from Conkeldurr that well is no small feat.

Delta Flaafy with Eviolite works too.

It is guaranteed to take one of the strongest physical moves in the entire game. That’s insane.

I don’t get Mega Delta Ampharos though. It can paralyze Ground types, but its ability is useless. It’s Special Attack stat is nice, but other Normal-type special attackers like Porygon-Z and Pyroar can hold items and get coverage moves.

What an adorable Delta concept!

I think a good ability for Mega Delta Ampharos would be like, a sleep version of poison point. It fits with it’s sleepy time cozy theme.

Correct me if wrong,but aren’t the insurgence creators not going to add anything from the new gen 7 games?

This is a Delta Species of their own creation, not an Alolan form. Delta Species have been around for quite some time on Pokemon cards.

Reminds me a little of the goat family in undertale

Why not have him become Normal/Psychic upon evolution? I’d like to think it could inflict sleep on others, hence the Psychic type.