When going up the stairs someone says don’t move And I can’t move and nothing happens. what do I do

Reload the game or restore backup saves until you’re out of the base again.

Then download the 1.2.7 patch and update (redownload 1.2.7 if you already installed it previously).

DM me your save, I’ll get you out. If you didn’t already, redownload 1.2.7 if you already installed it previously in the meantime.

I’ve also run into this issue; tried redownloading the game to see if that’d fix it. My oldest backup save is still in the base since the wiki mentioned saving frequently in case I ran into the bug when you faint inside the base.
@1ofthe4rocketbros I just made this account so I can’t message people, but I would definitely accept help if you’re able to provide it.

I also have this bug and it won’t let me progress further into the game even redownloading it and transfering save files 1.27. Where can I dm you the save Rxdata file as well to fix it?

You can try and DM me on Discord at Crimson#4138 and I can do my best to help you out.

I’m having the same bug too. I believe it has to due with the cutscene with Persephone when you first enter the base. When I first entered the base I was wrapped out by a “1.2.6 Safety Teleport” (even though I was playing on 1.2.7) or something like that and was placed into the jail cell (i.e where Zenith captures you). I went up the stairs after and I got frozen in place with a dialogue box saying “Don’t move” and exiting said dialogue basically makes you unable to progress. 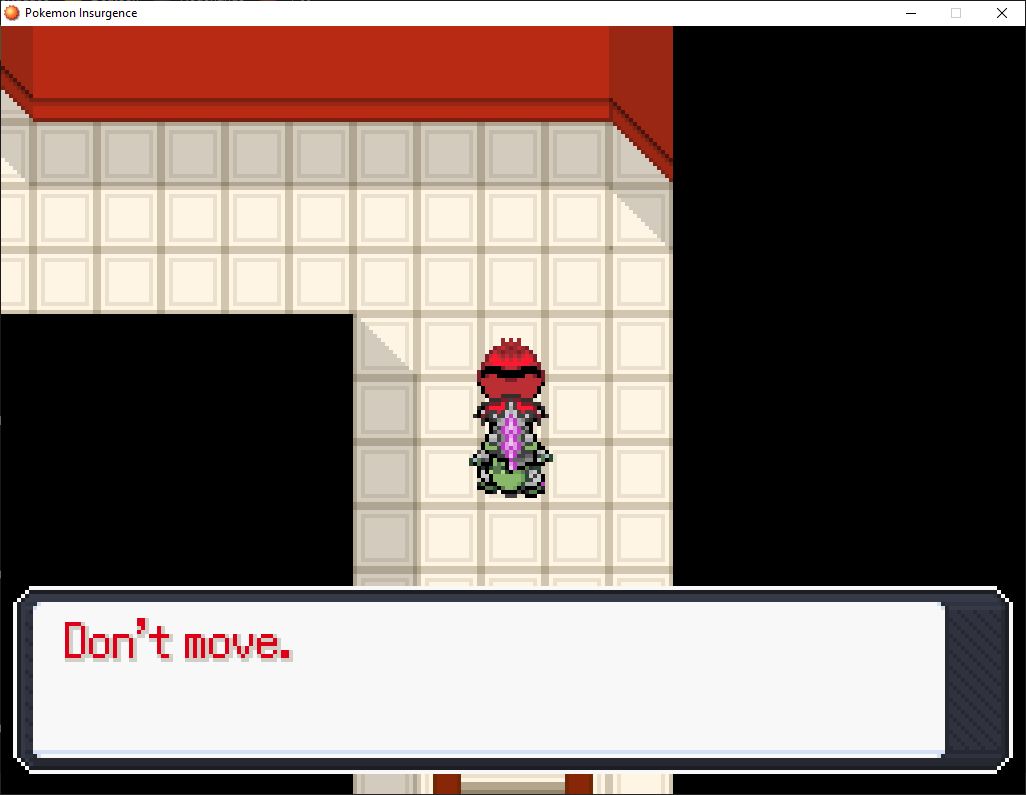 I think the game is playing the cutscene due to it not happening earlier (due to the teleport to the jail section I mentioned earlier.) Persephone is supposed to come out and talk but is unable to as the “Don’t move” line is what plays when you first enter the base with Diana, but due to the player being in a different position than what the cutscene is supposed to play at, Persephone is unable to appear and progress the cutscene, effectively softlocking the game.

I made sure to patch my version to 1.2.7 (even though I was already playing it) but that didn’t fix the issue. I was able to escape the softlock after accidentally quicksaving by loading a backup save but the issue still remains. I don’t know if my explanation is correct but I hope it helps in finding a solution.

i have another bug, all my pokemon fainted while battling a trainer and now im stuck in the fence of the cell

Does anyone know if this has been fixed , I had the same exact experience as cunk. This game was awesome but this bug would ruin it for sure. Would even replay if I knew I could get through but not if there is a chance I put another 70 hours in for it to break at the same spot.