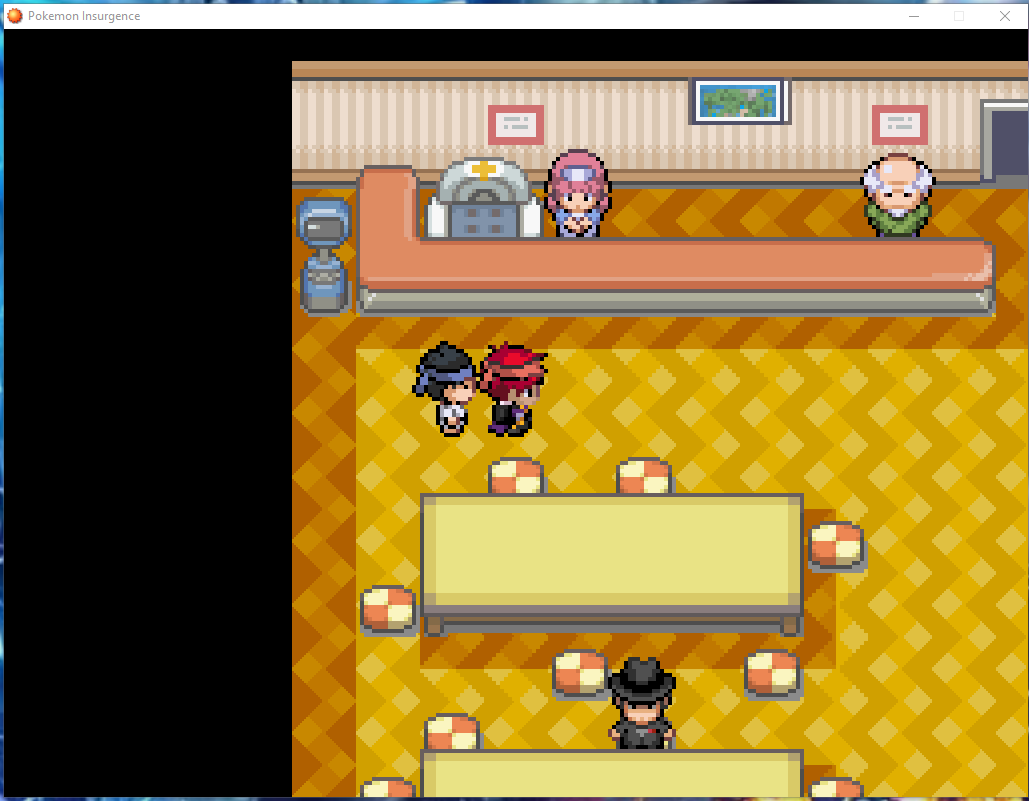 After losing to kayla I respawned in the room to set myself up before the Elite four, except instead of my main party pokemon the guy who gives you a gardevoir for beating the e4 without fainting a single pokemon was following me around I thought this was hilarious ;p

Nothing serious but I thought I would show this, also this is my first post, I’m excited to be part of the community