Hi guys, girls, erupting hedgehog and everything in-between! Now tackling a favorite of mine, Mega Typhlosion. Every time I used it, it go monstrous results.
Sweet memories…
Be warned, since there is no competitive usage stats avaliable, I do not have any reliable ways to accurately predict the metagame. This analysis is theoretical and does not entirely reflect a Pokémon’s viability.

The buff he receved in speed might not seems important, but it actually is a HUGE buff. By adding one speed point, he now outspeed Keldeo instead of Speed Tie with, se he now win his duel unless scarfed.

For those who don’t know, Hubris is the special counterpart of Moxie. This means he get a SpA boost every time he knock something out. This gives him an increadible sweeping potential alongside his 110 base speed and his 159 special attack. For comparition, he has 4 base SpA more than Mewtwo.

His worst assets is its movepool. As he is almost a Charizard clone without the flying type, he doesn’t have a very great special movepool. He still have what he wants however.

I have one set, but ho boy it works well.

He is an amazing sweeper in the Insurgence OU Metagame. Top Tier wothout hesitation. Always living in Charizard’s shadow, he now got the mega he deserves to clam his dominence. While not uncheckeble, he represents the Snowball effect like no others.

What should I do next? Here are some choices:

How? JUST HOW? God you are good at this.

Also, can you do M. Haxorus next?

I only use my brain cells. I watched so many Pokémon analysis and competitive history that I learned how to do it. I almost replicate Smogon’s format and it works.

That explains it. I have no cells.

I wouldn’t say sap sipper/whirlpool azumarill is at all viable lol. The sole reason to use azu is belly drum huge power aqua jet

You shouldn’t underestimate Specially Defensive Azumarill. He tends to be used on Stall Team as a perish trapper and the treats still exists. And also, Mega Typhlosion’s usage might make defensive Azumarill usage raise. It is a total stop to Typhlosion as previously mentionned, but also Serperior, Ferrothorn, Mega Venusaur lacking Sludge Bomb and non-Rain Dance manaphy.

And don’t forget Choice Band still exists. He does not need to setup to be neir Groudon’s attack stat.

imo running 1 pokemon just to counter another that already has better pokemon to use against is not really optimal.

it’s bulk is decent, but it has no survivability bc of lack of recovery options

it’ll also take 2 turns to set up perish trap which again, is somewhat not optimal unless you get a good read

it may also counter those pkmn as mentioned, and water fairy is a great typing, I just don’t see it rising in the meta

or am I just thinking of rain teams

I want an analysis on its Delta counterpart, I feel Mega D. Typhlosion with sticky web support in a rain/new moon team could be really interesting

Totally agree with ya here 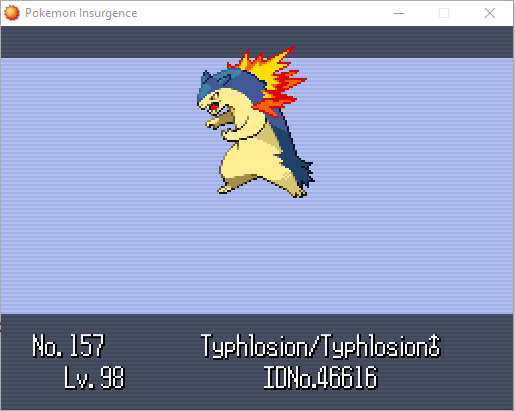 idt so, they traded for it