Is this a good team for going against the elite 4? 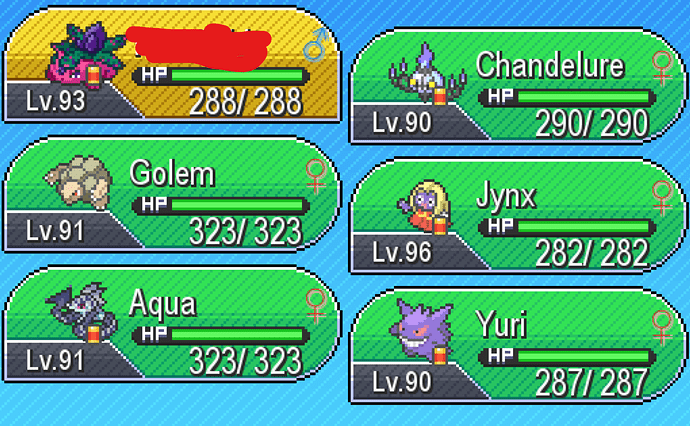 image1275×788 235 KB
This has been my team for a while, but for the past few fights its been getting slightly annoying. If this is a good team however, I’d like to keep it. This is my first time against the Elite 4, so I won’t be doing the rematch right now. I’ve been thinking about switching out someone for giratina (I previously caught him) and Mega Typlosion (Unsure if delta or not, if so where do you find regular typlosionite and delta cyndaquil?) popped up as a common recommendation. I just want to be sure though. Thank you!

PS. Blurred Venasaurs name because I nicknamed it a slur

Any mon with taunt can help you against kayla. And I would not promote the use of Golem or Jynx, or the use of Regular Chandelure. Delta is much much better for the E4.

But the best fire type to use in this game?

DING DING DING! Would you like to know more?

This should be a good team, but I suggest one pokemon that you have to trade for, but this helps sooooooooooo much in the E4, especially kayla:

taunt gengar with max hp ivs no investment works too.

Yes! And the thing is, my regular chandelure came with weedwhacker (I dont know either) when trading, so I’m kind of hesitant. My most OP imo is Venasaur and my serperior

I’ll give a list of all their moves right now 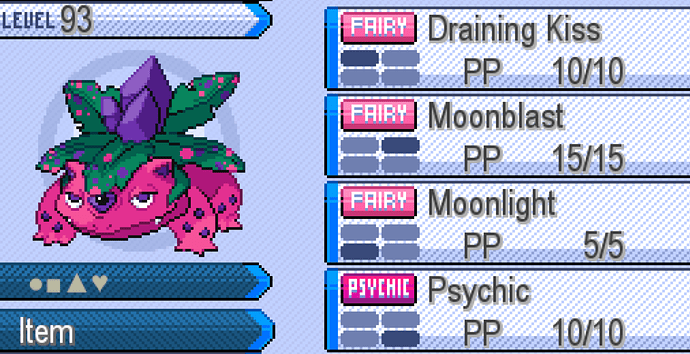 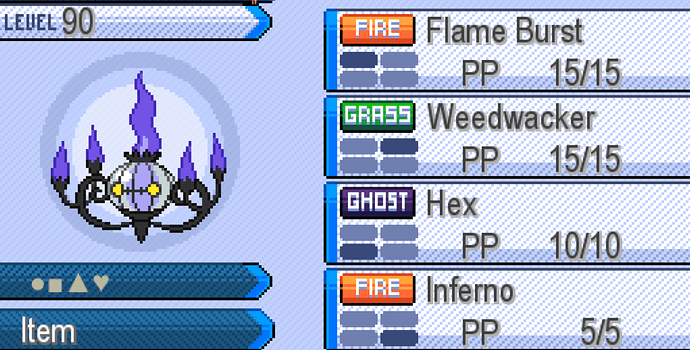 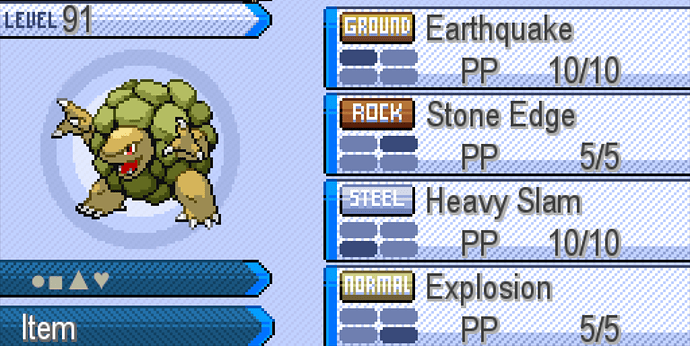 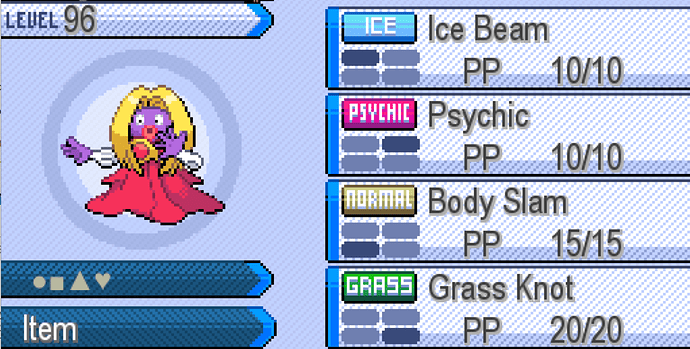 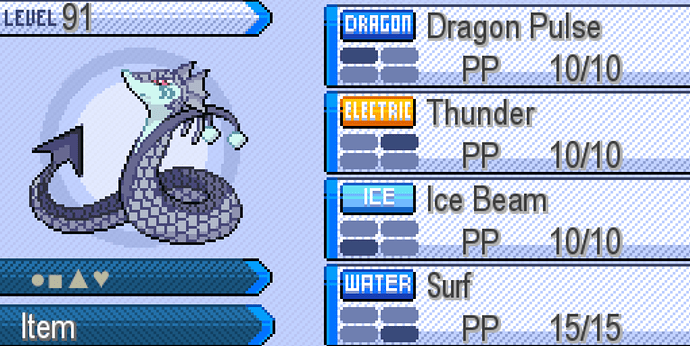 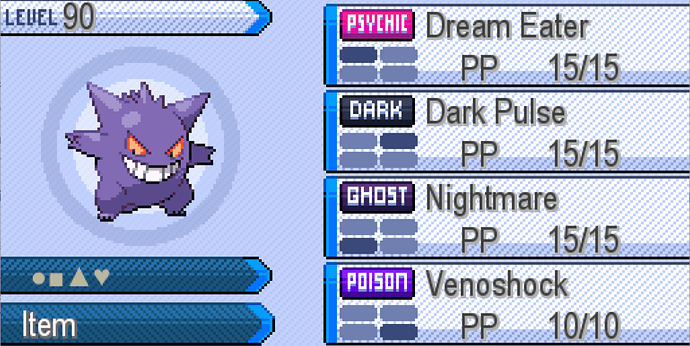 If anyone, I’d switch Jynx out. I only really use her to tank

golem for armored ttar, and If you don’t wanna use ur mega slot on typhlo scarf chand is actually one of the best fire types.

If anyone, I’d switch Jynx out. I only really use her to tank

Me when I never use stat changes unless they
heal

And the thing is, my regular chandelure came with weedwhacker

Did you get the chandelure traded? Cuz that’s a custom move, which is pretty much a physical counterpart to hidden power and since chandelure is a special attacker, it won’t be doing it any good. There a custom move trainer in the black market just so you know. Replace the custom move for a status move to boost the power of hex or give it smth like flamethrower or shadow ball
Also weedwhacker is an genius name lmao

chandy should be running smth like scarf with fire blast/flamethrower, shadow ball, e ball, and trick

what was the name? I want to have a laugh too…

Yeah I once had a battle where I used inferno 3 times until it worked, will definitely switch it out for something else

flamethrower/ fire blast are your best options, fire blast had a chance to miss but is much more powerful. also not bad accuracy.