Cannot Locate Save Backups on Mac

So I think I’ve looked through all forum posts with similar problems, so me reaching out on a public forum shows how desperate I am to get this to work

Some background info-- running Insurgence with no problems on Mac (latest versions of both the game and my system), was battling in one of the BattleFrontier buildings (factory, I think) and the script was hanging so it autosaved, which I usually try to avoid but let it slip by accident ugh. Two of my opponent’s pokes had fainted before the hanging script so now when I reboot the game they enter the battle with no HP, leaving me with no target to hit, breaking the battle entirely.

I tried looking through PackageContents/drive_c/users/wineskin but there is no save games folder located in any files in Packagecontents. I hope this makes any sense but if anyone could send me in the right direction for my save backups I would be forever grateful

EDIT- I think my main problem is that I don’t have save backups? So I’ve changed the title of this because that’s what I need, I can do the rest from there 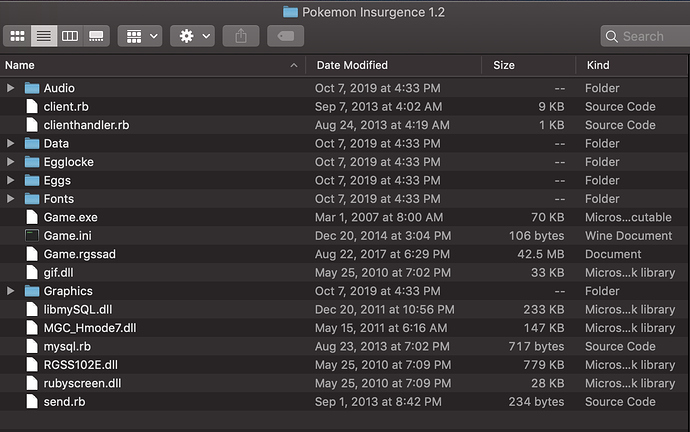 This is what I get, and I know the active save file is there but I don’t know where my backups are so I can load those and make one of those my game.exe file