Can you give me some critiques on my team?

Hey! So, I’m currently on the fourth gym and realized how weak my team was when against the Fairy/Normal type pokemon. Any suggestions on what I should get rid of? I’m thinking Marowak has to go, but I don’t really know besides that. And if I do get rid of it, what should I replace it with? (Don’t judge my names pls :x) 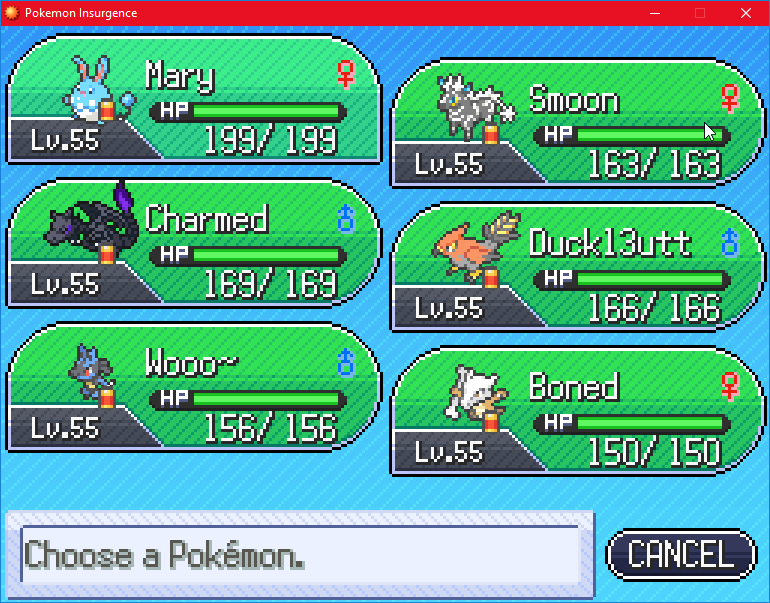 dragon dance on d charizard boosts atk, but all your moves are special?

teach a steel move to lucario to deal with fairies

zebstrika is fast already, no need for flame charge

And if u want, replace Marowak with Delta Snorlax. He’s a tank and learns ground moves. You don’t have a grass typing in your party so why not. Just a suggestion

Sadly not at the stage where I have a steel TM for Lucario, and what should I use for Zebstrika’s next move then if not for Flame Charge?

I wasn’t aware that Dragon Dance didn’t boost Special Attack, my mistake. What should I replace it with?

Someone below suggested that I replace Marowak with a Delta Snorlax, do you think that’s a good idea?

Yeah replacing marowak for d.snorlax would be a good idea, good special bulk and attack, as well as additional coverage for water and ground. Make sure you run earthquake on it though

I would switch out Zebstrika. It just seems so mediocre in so many ways. Its fast, but it doesn’t matter how fast you are if you can’t hit that hard. Try using either one of the delta poisons, or find a better electric type that either hits harder, has better moves, or has better coverage (more variety, not just electric moves). My two cents.